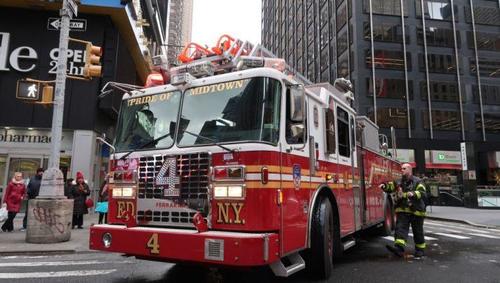 (TVJNEWS) On Wednesday, the head of the New York City firefighters union said that he told unvaccinated members to report for duty regardless of an order from Mayor Bill de Blasio threatening to place them on unpaid leave if they refuse to take the jab, according to Reuters.

According to Ansbro, firefighters who have put their lives on the line during the pandemic feel “insulted” by de Blasio’s order, and New Yorkers will be the ones to suffer if the mayor carries out his threat.

“People in stuck elevators are going to be stuck there for hours if not days.”

Ansbro also predicted that 30 to 40% of firehouses in NYC will be closed down if the mandate remains, as up to 45% of the workforce remains unvaccinated.