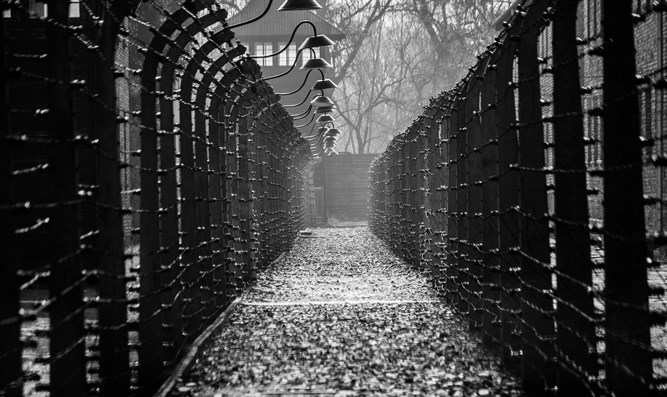 By Dan Verbin (A7) A new exhibition for Austria, with revisions to be more historically accurate than the previous version which dates back to 1978, opened at the Auschwitz-Birkenau State Museum in Oświęcim, Poland on October 4.

The “Distance – Austria and Auschwitz” exhibit was introduced at a ceremony hosted by the chair of the National Fund of the Republic of Austria for Victims of National Socialism, the National Council President and the Director of the Auschwitz-Birkenau State Museum.

The Jewish community was represented by Oscar Deutsch, president of the Israelite Religious Society in Austria, and vice presidents Claudia Prutscher and Dezoni Dawaraschwili.

“Auschwitz is the largest cemetery in the world,” said Deutsch.

He said that in previous decades there was no serious attempt to confront the past by wider Austrian society. However, today the atmosphere is different.

“We no longer commemorate alone as a Jewish community, but together with the state leadership and with young people from all over Austria,” he said.

He stressed the new Austrian exhibit’s importance as “remembrance serves the future, our children and later generations.”

At the ceremony, Deutsch read a letter his grandmother had started to write the day before she was deported to Auschwitz in 1943.

“It makes it possible to come to terms with what happened. It’s not just about statistics, it’s about human lives,” he said.

Austrian President Alexander van der Bellen told the audience that many Austrians were perpetrators during the Holocaust.

Minister for Europe Karoline Edtstadler added: “The roots of hatred are still present today in the midst, indeed in the depths of society.”

“In addition to the fate of the Austrian victims in Auschwitz and the resistance of Austrian prisoners in the concentration camp, the new exhibition tells of the involvement of Austrians as perpetrators and helpers in the crimes committed there,” said a statement about the exhibit.