"Never Again" - who will fight for that promise today? - The Jewish Voice 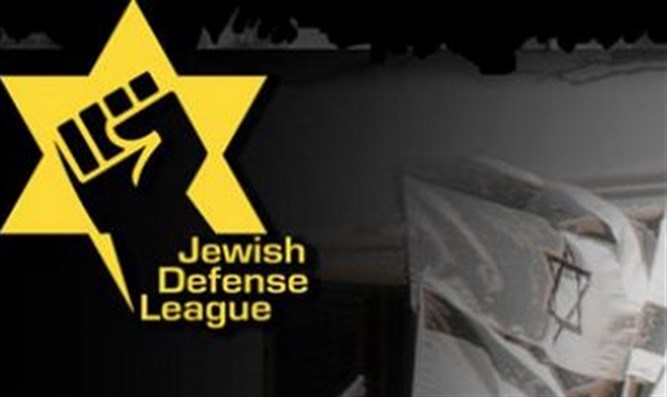 Don’t use Judaism as a weapon in the abortion debate

The Moral Question Behind the Supreme Court’s Abortion Ruling

Today’s Hebrew date is the yahrtzeit (death anniversary) of a modern Jewish hero who was murdered on the evening of November 5th, 1990. Over 30 years ago, Rabbi Meir Kahane, (zt’l) died at the hands of a Muslim gunman in New York City. The Jewish people, even those who despised him, lost a true leader.

Look around you at those who today are considered the spokespeople for us in the USA. For our causes. For our survival. Rabbis, lay people, politicians who lay claim to be our saviors, our standard bearers in these tough times, none can hold a candle to Kahane. His phrase, “Never Again!” is often used inappropriately for inappropriate causes by people who never heard his name. But it refers to the silence of the world, and even Jews, to the Holocaust, and is a term we must familiarize ourselves with now in order to save our people from the catastrophe about which he prophesied so often – to deaf ears.

Rabbi Kahane was a born and bred New Yorker. He saw the frequent attacks on the city’s Jewish elderly and the robberies of Jewish owned businesses by blacks. He looked on as black Mayor David Dinkins, ignored the violence. He reacted as a leader should and formed the Jewish Defense League (JDL) to protect his people. He wanted to encourage his people to fight back, to teach others that Jews must be respected.

Less than a year after his assassination, Al Sharpton led a black pogrom aimed at Brooklyn’s Jewish community. And without Kahane’s leadership, Jews and their mainstream organizations just stood by and watched as Dinkins purposely permitted the riots to flame out of their own accord. Kahane’s failed efforts to awaken fat-cat Jewish groups to stand by their people was a motivating factor leading up to the pogrom.

Thirty one years after his death, nothing has changed.

Kahane also turned his attention to the plight of Soviet Jews. He formed the Student Struggle for Soviet Jewry, organizing marches on and rallies in front of the Soviet Mission to the UN. He fought the struggle to force Russia to permit Jews to immigrate to the United States. Eventually, under his leadership, Russia caved and Russian Jews were given the green light to flee Communist Jew hating.

Kahane also feared that Arabs, permitted to become citizens of Israel would eventually, through the democracy practiced in the Jewish state, combined with their high birth rate and Israel’s super medical system would eventually turn the Jewish state into another Arab one by their increasing numbers. He suggested Israel pay Arabs good money to encourage them to leave.

For this he was called a racist. His idea was actually a brilliant one. We can only guess how he felt, from his perch in Heaven, as Israel’s Arab citizens rose up against their own country during the recent Hamas attacks. Enemies within. He was right on the money.

Today we look sadly on as Israel still is a target for Jew haters around the world, even in our own country. We are helpless as our Progressive Jewish elected officials and lawmakers bow down to self acknowledged, vocal, outspoken Jew haters within the Democrat Party. They are weaklings, traitors to their own people and nation.

In Boca Raton, my home town, we have rabbis of major synagogues listed as T’ruah members. Look up the leftist, Progressive goals of that group here..and weep.

We know how Rabbi Meir Kahane would react. That’s why we miss him and pay our respects to him, the modern Jewish prophet and the reincarnation of Shimon bar Kochba, the iconic Jewish fighter for Jewish independence during the time of Rabbi Akiva, who fought the Romans in 132 C.E.. We miss and need them both….now. Speak up!

Alan Bergstein, lecturer and columnist, is an editorial writer for The NY Jewish Voice and a retired NYC school principal A father of four, he is a Korean War veteran and Jewish activist who is President of the Judeo/Christian Republican Club of Palm Beach County, Florida.