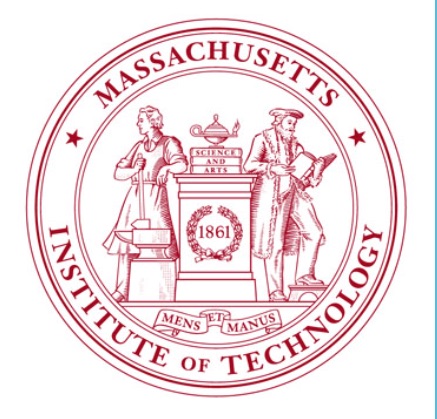 By Rajan Laad (American Thinker) Dorian Abbot, an associate professor of geophysics from the University of Chicago, was scheduled deliver the prestigious Carlson Lecture at MIT on climate and the potential for life on other planets

Everything seemed in order until an insane mob began banging at the door.

The mob had discovered a Newsweek piece that Abbot co-wrote back in August where he argued that diversity efforts at universities violated equal treatment. The article proposed that “university applicants be treated as individuals and evaluated through a rigorous and unbiased process based on their merit and qualifications alone.”

Previously Abbot has also posted videos on YouTube denouncing the rioting in Chicago that erupted following the killing of George Floyd.

Decades ago, condemning riots and asking for merit-based enrolment at educational institutes was so obvious that there was no need to state it in plain words.

But those days are over.

For the anti-riot videos, Abbot was targeted for cancellation by a group of graduate students at his University. However, the President of University of Chicago issued a strong statement in support of faculty free expression which emphatically resolved the matter.

The mob emerged again in another form, upon learning of Abbot’s scheduled Carlson Lecture at MIT.  This MIT Twitter mob, comprising of students, post-doctorates, and alumni, vehemently demanded that Abbot be uninvited because they disagreed with the contents of his Newsweek article.

This time it worked.

MIT cancelled Abbot’s Carlson lecture to ‘avoid controversy’. This isn’t the first time that a prestigious university yielded under pressure and it will not be the last if remedial immediate actions are not taken.

One wonders what could have been accomplished if the innovation and drive that is shown towards cancelling people were to be applied towards something meaningful.

Not so long ago, this may have seemed like stating the obvious, but owing to this climate of insanity it is essential to reiterate basic principles regarding education.

It is an axiomatic fact that to be effective places of education, colleges and universities have no option but to be a forum where absolute freedom of expression is allowed.

This includes the right to opine and criticize without repercussions. It also includes the right to offend, to insult, to satirize, to express hateful and obscene ideas, and to ridicule anything under the sun including the state, religion, public figures, the news media, the Almighty, and above all their teachers.

An educational institute must be A place where students are exposed to a variety of ideas and perspectives.  The exposure should result in them being eager to learn about contrarian perspectives. The forum should enable one to vehemently disagree without being disagreeable and engage in healthy debates.

It is this healthy exchange and debates, not echo chambers, that facilitates growth as students learn to understand and even empathize with the opposing point of view. Denying an individual his right to free expression is denying yourself the right to be exposed to it.

Freedom of expression emanates from freedom of thought and it is often these thoughts that have led to great works of art and literature, inventions, and discoveries.

If an individual had not dared to be different and more importantly dared to express this difference of opinion without fear, we would probably be living in the stone age.

Quite often a solitary contrarian voice begins like a flickering flame, but with support, it results in illuminating everybody. If a society sticks to convention it ceases to grow.

The is the only way to train students to think freely and make informed decisions is to expose them to every possible thought.  Any decision that is taken with incomplete information is usually the wrong decision. This evolution of the mind upon being exposed to new ideas is the core of education.

In Abbot’s case, the students could have organized a debate or a discussion forum where they could have engaged and even disagreed with his ideas

But we must not blame the students; they are young, impressionable, and uninformed; they are allowed to be petulant and vacuous. It is the adults in the room who should be taking charge of the situation and standing up for freedom.

But often the adults are either too scared themselves since they want to hold on to their job or they just don’t want to be bothered with what they consider as gratuitous disputes.

Hence they bow before the mob, forgetting that every inch of their surrender of freedoms is an inch closer to totalitarianism. Wokeism which ‘cancels’ individuals for daring to express ideas that do not adhere to the groupthink is merely a euphemism for totalitarianism.

Someday the mob will turn on their appeasers because no individual, irrespective of how cautiously restrained they are, cannot always hold the mob-approved thoughts.

The mob always claims to be standing against fascism; perhaps they fail to see the irony that it was fascists who suppressed opposing views and Nazis that burned books that they considered dissenting.

Quite often the propagandists masquerading as teachers are leaders and organizers of the mob. They pride themselves on their sway over students such that they are able to incite credulous young minds.

This is because the perpetually insecure propagandists live in fear that the contrarian ideas may be persuasive to students and soon their influence will melt into thin air. Hence instead of engaging, they shut down their opponents.

It is not just universities and colleges; the abhorrent wokeism seems to be infiltrating schools. Indoctrination at a very young age is often irreversible, parents have understandably reacted by expressing grave concern and anger.

Recently it was announced that the FBI would investigate “a disturbing spike in harassment, intimidation, and threats of violence against school administrators, board members, teachers, and staff.”

Many have seen this as another pretext to shut down critics of the undesirable occurrences within educational institutes. The mob isn’t just a group of unruly students and rogue teachers, they are being shielded by the powers that be.

A senior professor at college I once lectured at told me that “If you want to destroy a nation, you first destroy its foundation, that is the education system”

Silence is no longer an option.

It is time for the responsible adults within and beyond the education system to take charge again to save your education and your nation before it is too late.