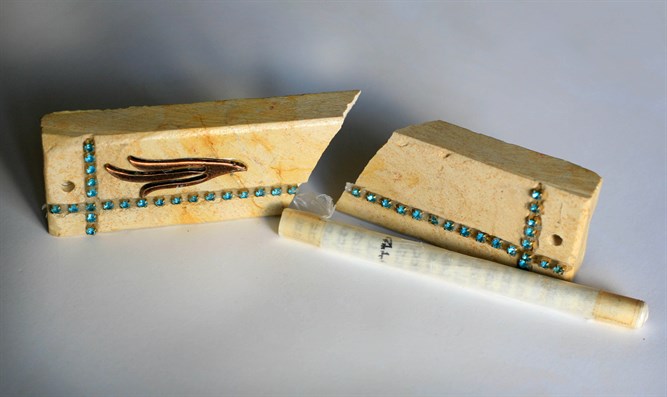 Dan Verbin (A7) The Maine Human Rights Commission was recommended in a report to find reasonable grounds that a Winthrop, Maine couple discriminated against a former tenant on the basis of his religious beliefs.

The male tenant, who is Jewish and African American, was evicted in March by landlords Mark and Michelle Fortin from an apartment they own after they allegedly demanded that he remove his mezuzah from the front door, a report to the commission stated, according to News Center Maine.

The man moved into the apartment in June 2020 and put the mezuzah on the front door in February 2021. Two months later, according to a report filed with the commission by the investigator, the owners gave the tenant an ultimatum to remove it.

When he said that the mezuzah was a Jewish religious symbol, and that he would not remove it, the owners accused him of a breach of lease, terminated his lease and then while doing a final inspection of the apartment, called the police, the report stated.

It went on to say that the Fortins said that they terminated the man’s lease because attached the metal mezuzah to the doorframe violated his lease and that he also refused to remove a trailer that he was only supposed to park on the property on a temporary basis. They also accused him of leaving significant damage to the property when he moved out.

However, the report said that the investigator found that the owners had only asked the man to move his trailer weeks after terminated his lease, and that they had also rebuffed an offer by the tenant, who is an “experienced landscaper,” to repair the damage for free, News Center Maine reported.

The tenant had filed a human rights complaint, claiming that he was discriminated against due to his religions and race, but the investigator only found cause for a discrimination case based on religion.

The Maine Human Rights Commission will consider the report’s finding at a meeting on November 8.

Share
Facebook
Twitter
Pinterest
WhatsApp
Previous articleBiden: On a peaceful Shabbat morning, a gunman stole the lives of souls in prayer
Next articleWho will you meet at The Israel Real Estate Show in NY?