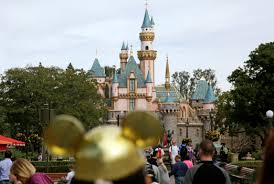 Now that many people feel that the Covid pandemic is in the rear view mirror, they are seeking travel destinations for their families during winter break from school. Having been cooped up at home for over a year and a half, the travel bug seems very enticing, but after some research, it appears that getting out and about may cost you an arm and a leg.

For instance, if parents decide to take their kids to the “Happiest Place on Earth” – better known as Disneyland in Anaheim, California it can really wreak havoc on their pocketbooks.

According to a recently published article on the deadline.com web site, it was reported that visiting Mickey Mouse and friends at Disneyland will be no cheap excursion. According to the Deadline.com report, on Monday, Disneyland noted that due to their 14-month closure and high demand, they are going to hike the prices on their one-day tickets as well as significantly raising prices on weekends and holidays when most people have time to enjoy the park.

The last time that Disneyland decided to jack up their ticket prices came right before the onset of the pandemic. In February of 2020, if one wanted to visit the park on weekends or peak days, they would need to shell out $149 for an adult ticket. Now the price for the same ticket is $154. Deadline.com reported that on lowest demand days such as Tuesdays, a one-day ticket to Disneyland or California Adventure in February of 2020 was $104 and remains so today.  For the first time ever, a coveted park hopper ticket has now exceeded $200.

Because of these increases, this translates into a one day park ticket having risen 28%.

For those out there who are Disneyland aficionados and have made it their business to visit the park on a frequent basis throughout any given year, you might be disappointed to learn that Disneyland has now retired its annual pass system that had been quite popular, according to the Deadline.com report. What it has been replaced with is a most expensive version known as the Magic Key system. The report indicates that the top tier is gaining in popularity with visitors which is evidenced in the fact that the Dream Key passes which sell for $1399 have already been sold out.

If it is any consolation to Disneyland lovers, the upside to all of this is that since its inception in 1955, the park has now seen its largest expansion ever, with the addition of the Avengers Campus and its Star Wars land.

But getting back to the pricing situation, if one wanted to pay the least amount for a one day ticket to Disneyland, one would need to go on the lowest demand days. Those days, however are quite scant. According to the Deadline.com report, Disneyland’s online ticketing schedule indicates that in the month of November there are only two days in which you can get away with paying $104 (the least expensive price) and those days are November 2nd and 3rd.

One should also be reminded that in addition to the cost of the one day Disneyland tickets, if one needs to park their vehicle, it will no longer cost $20 but now the price has been increased to $25.

The increase in ticket prices indicate that attendance is high and the Deadline.com report referenced Disney CEO Bob Chapek who in May had offered a prediction of  low double-digit capacity growth over the next few months.

In August of this year, Disneyland and their resorts gained financial momentum after suffering a $1.9 billion loss the year before due to the deadly coronavirus pandemic. The Deadline.com report indicated that Disney posted an operating profit of $365 million for the fiscal third quarter ending in June. They added that revenue jumped to $4.3 billion from just over $1 billion. Per capita spending is way up, parks are pretty much at capacity, and reservations are strong.