How to ‘Cancel’ Ben & Jerry’s Once And For All 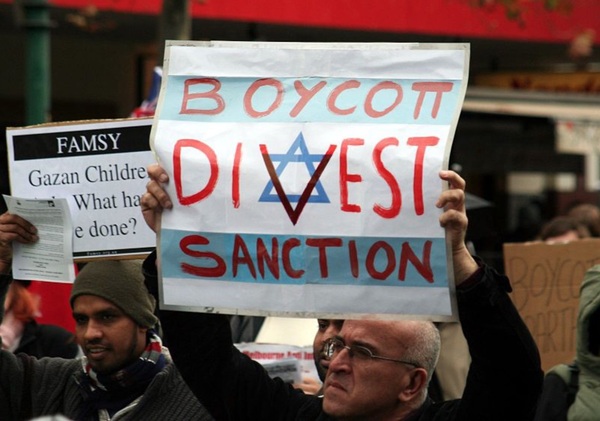 By Civis Americanus(American Thinker) “Ben and Jerry’s corporate antisemitism” by the Simon Wiesenthal Center’s Rabbi Marvin Hier and Rabbi Abraham Cooper reports of the company’s refusal to sell ice cream in what it calls the Occupied Palestinian Territories (OPT),

The aging hippies [Ben and Jerry] may be clueless, but not Anuradha Mittal, the company’s antisemitic, anti-Israel activist board chair, who sought to boycott the entire Jewish State, to give greater legitimacy to the Boycott, Divestment and Sanctions (BDS) movement that today fuels antisemitism on our nation’s campuses and seeks to impact board rooms beyond the ice cream maker.

The article adds that several states are moving to divest from Ben & Jerry’s parent company, Unilever. Divestment is however largely symbolic because, if the states sell their holdings, then other people and investment firms will buy them, though the stock price may suffer somewhat. We should instead “cancel” Ben & Jerry’s pour encourager les autres (literally as an example to others as opposed to encouraging them) as Voltaire put it. Corporations and other organizations all need to learn the hard way that the price for trying to harm the Middle East’s only free nation, with equal rights and legal protection for people of all religions, women, and LGBT people, is likely to be far higher than they can afford.

I wrote previously that I have no use for “cancel culture” in terms of trying to harm people for views they express while not representing their employers. Had Ben and Jerry and Anuradha Mittal expressed their views as individuals then this would apply to them as well. They chose instead to make their organization a belligerent in the civilian-side theater of an actual war in the Mideast between Israel and terrorists. It is customary to engage hostile belligerents with whatever lawful, and in this case nonviolent, means are at hand, and these methods need not even be related to BDS.

The majority of Americans do not have a dog in the BDS fight, but 57 percent of American households have dogs and other pets. Pet owners take a very dim view of companies that sell products that can harm their companion animals. People will also turn very rapidly against a seller whom they realize is giving them poor value for their money. The most rapid way to “cancel” Ben & Jerry’s is to simply recite the ingredients in its new Doggie Desserts that are harmful to dogs and add the reasonable opinion that they are overpriced in the bargain. Take this information to social media to contend that Doggie Desserts show that social responsibility is an empty slogan at Ben & Jerry’s and that you can get better value for your money by buying from somebody else.

The selling points of Pontch’s Mix are that it is (1) non-GMO, (2) Fairtrade, and (3) has responsibly-sourced packaging. I have no reason to doubt any of these claims. It is the ingredient list that reveals, as I see it, everything Ben & Jerry’s has ever said about social responsibility as empty virtue signaling. The first five ingredients are, in order, (1) water, which has no value but adds to the product’s weight, (2) sugar, which is unhealthy for dogs, (3) coconut oil, (4) corn syrup, and (5) peanuts. The ingredients of Rosie’s Batch are similar. If I am reading the FDA’s labeling requirements accurately then this means, quite frankly, that the predominant non-water ingredient is sugar. “All ingredients are required to be listed in order of predominance by weight. The weights of ingredients are determined as they are added in the formulation, including their inherent water content.”

Bondvet adds, “Table sugar and modern sweeteners, on the other hand, are not natural to dogs.” Rover.com reinforces this, and the Trupanion pet insurance company adds, “Sugar’s dangers far outweigh its health benefits for people and pets.” The fact that Ben & Jerry’s is willing to market a product of this nature, and at a premium price in the bargain, tells me—again, my perception—that it is all about the money.

There is also the issue of value for your money. The lowest online price I found for Pontch’s Mix (I checked two stores) is $4.99 a pint. Wal-Mart sells Crazy Richard’s peanut butter for $2.94 a pint while Smucker’s peanut butter can be purchased for less than $3 a pint at Target and elsewhere. This means your dog gets more real food from a $3 pint of pure peanut butter than from a $4.99 pint of Pontch’s Mix, and the former is healthier as well. Be sure that peanut butter you buy for your dog contains nothing but peanuts because others contain ingredients that are bad for dogs. Xylitol can be deadly and even extra salt is bad. Your veterinarian should be the final authority on this matter, but also ask him or her what he or she thinks of sugar in dog treats.

We can also point out accurately that Ben & Jerry’s ice cream is very expensive relative to store brands. One pint ice cream containers are in fact the poorest value for your money regardless of the seller. Ben & Jerry’s is $4.28 a pint at Walmart. Walmart’s own Great Value brand is $1.98 for three pints which makes Ben & Jerry’s almost six and a half times as expensive per ounce. The Great Value label may be “plain vanilla” regardless of the flavor of its contents, while the Ben & Jerry’s labels are admittedly creative, but I doubt any of us eat the labels. We cannot eat Colin Kaepernick’s picture either, and it is reasonable to believe that part of the product’s cost includes fees paid to him for use of his likeness.

If you want to thank Ben & Jerry’s properly for lending even partial support to the BDS movement (and remember that the Wiesenthal Center alleges that Anuradha Mittal wanted to boycott all of Israel), share the following on social media. (1) Doggie Desserts are not only more expensive per ounce than plain peanut butter, Bondvet and Rover.com say that they are far less healthy for dogs. A socially responsible company would not sell a product that is unhealthy for pets. (2) You can keep more of your money by buying ice cream as opposed to a fancy label, which appears to be Ben & Jerry’s only real selling point.