General Colin Powell (1937-2021): Warrior and Diplomat Undone by the Establishment He Supported - The Jewish Voice

General Colin Powell (1937-2021): Warrior and Diplomat Undone by the Establishment He Supported

BY Joel B. Pollak General Colin Powell, the first black Chairman of the Joint Chiefs of Staff and Secretary of State, died Monday morning from complications of COVID-19.

Powell was fully vaccinated from COVID 19

He led a storied military career and emerged on the political scene as a Republican who challenged his party to do more to reach out to minority communities. His stature was considerably undermined after he was used to push the Iraq War on a flawed basis, and after he became a perennial supporter of Democratic presidential candidates.

Powell was born in Harlem, New York, in 1937 and attended the City College of New York at a time when it was full of future leaders and Nobel laureates.

Though he described himself as an average student, Powell’s studies and his service in the Reserve Officers’ Training Corps set him on a path for a trailblazing military career. He served two tours in Vietnam, and developed close ties to the military and political hierarchy that helped him climb the policymaking ladder in Washington.

He was named National Security Advisor under President Ronald Reagan in the aftermath of the Iran-Contra scandal, in which he was described as having been a “bit” player. 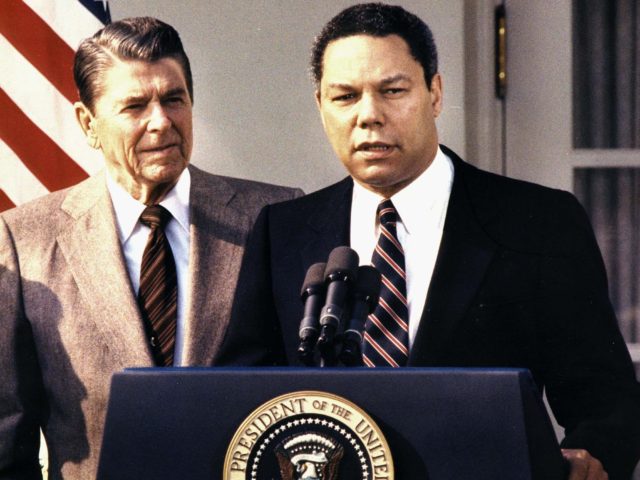 He retained his military commission and was later promoted to the rank of general under President George H. W. Bush, who elevated Powell to Chairman of the Joint Chiefs of Staff.

During the Gulf War, he developed the “Powell doctrine” of using overwhelming, disproportionate force against any enemy. 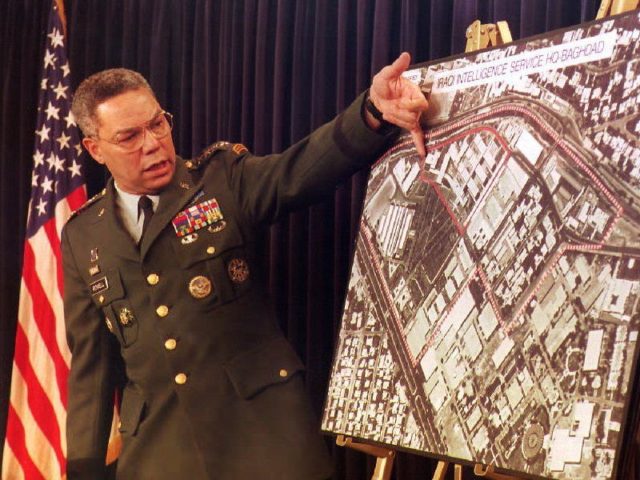 Powell later revealed that he was a Republican, and was immediately popular among the Republican base. A “Draft Powell” movement began in the mid-1990s, in a bid to urge him to challenge then-incumbent President Bill Clinton.

Powell declined to run but gave a prominent speech at the 1996 Republican National Convention, in which he controversially declared, “I believe in a woman’s right to choose and I strongly support affirmative action,” and urged the GOP to be more inclusive.

In 2001, President George W. Bush named Powell to the post of Secretary of State, immediately commanding respect on the world stage due to his military career and his long record of service.

In 2003, the Bush administration gave him the job of making the case for the Iraq War to a skeptical United Nations Security Council. Powell presented what he said was evidence “that Saddam Hussein and his regime are concealing their efforts to produce more weapons of mass destruction.” 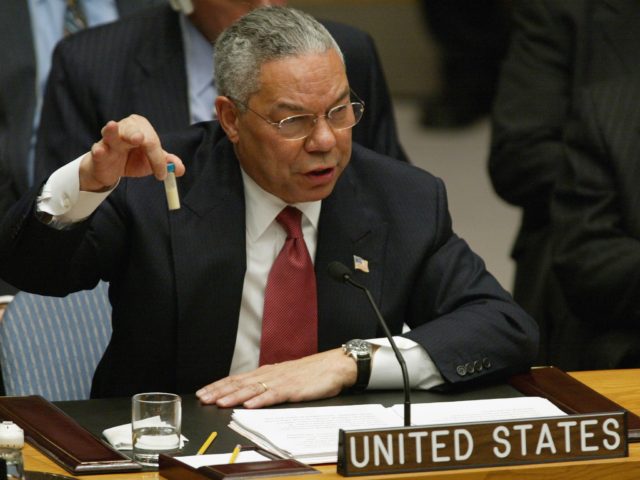 US Secretary of State Colin Powell holds up a vial that he said was the size that could be used to hold anthrax as he addresses the United Nations Security Council 05 February, 2003 at the UN in New York. Powell urged the UN Security Council to say “enough” to what he said was Iraq’s 12 years of defiance of international attempts to destroy its chemical and biological weapons. AFP PHOTO/Timothy A. CLARY (Photo credit should read TIMOTHY A. CLARY/AFP via Getty Images)

As the war continued, and there was little evidence of weapons of mass destruction, Powell was criticized for his role in selling the war to the American public and the world on the basis of what was, at best, faulty intelligence. His stature, both internationally and domestically, would never recover.

However, Powell would soon find a ready audience for his views during election season, when he would endorse the Democratic candidate for president, starting with Barack Obama in 2008. 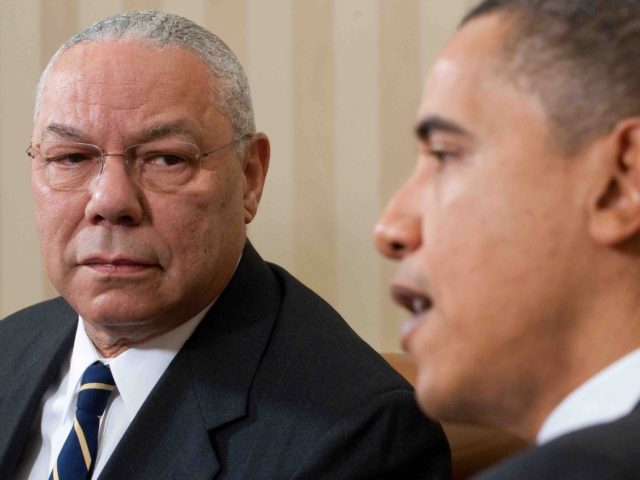 US President Barack Obama speaks alongside former US Secretary of State General Colin Powell (L) during a meeting in the Oval Office of the White House in Washington, DC, December 1, 2010, where they discussed a wide range of issues including education and the passage of the New START Treaty. AFP PHOTO / Saul LOEB (Photo credit should read SAUL LOEB/AFP via Getty Images)

Powell renewed his endorsement for Obama in 2012, and backed Hillary Clinton for president in 2016 against Donald Trump. He consistently criticized Trump throughout his presidency, echoing false claims by other retired generals in 2020 that Trump had violated the Constitution in his walk across Lafayette Square.

He endorsed Joe Biden for president, earning a retort from Trump, who called him “a real stiff who was very responsible for getting us into the disastrous Middle East Wars.”

The White House indicated in a statement on Monday morning that Powell died from the coronavirus despite being “fully vaccinated,” a revelation that is certain to fuel the continuing controversy about vaccines and mandates.

The more enduring debates about Colin Powell will be about his role in the Iraq War, his repeated criticisms of the Republican Party, and whether he allowed himself to be manipulated by the Washington political and media establishment for their own ends.

Joel B. Pollak is Senior Editor-at-Large at Breitbart News and the host of Breitbart News Sunday on Sirius XM Patriot on Sunday evenings from 7 p.m. to 10 p.m. ET (4 p.m. to 7 p.m. PT).