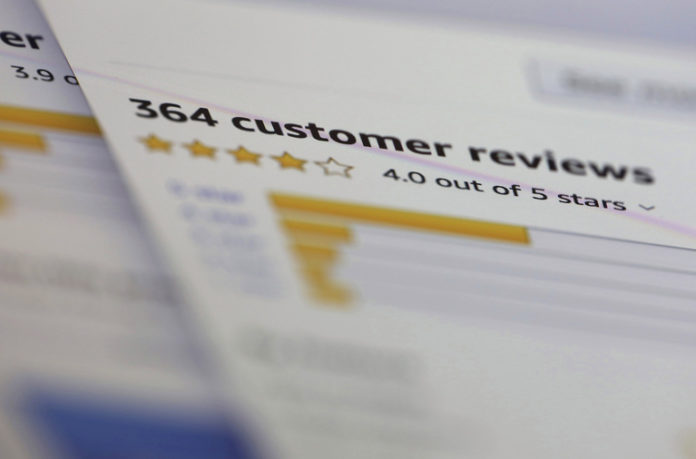 (AP) — Federal regulators say they are cracking down on “an explosion” of businesses’ use of fake reviews and other misleading messages to promote their products and services on social media.

The Federal Trade Commission said it has warned hundreds of major corporations and smaller businesses that they could face fines if they use bogus endorsements to deceive consumers.

“The rise of social media has blurred the line between authentic content and advertising, leading to an explosion in deceptive endorsements across the marketplace,” the FTC said in a news release Wednesday.

The FTC action signals a commitment to flex its authority to use penalties to enforce consumer protection laws. The agency said it has sent formal notices of penalty offenses to about 700 companies, warning they could face penalties of up to $43,792 for each violation.

“Fake reviews and other forms of deceptive endorsements cheat consumers and undercut honest businesses,” said Samuel Levine, who heads the agency’s consumer protection bureau. “Advertisers will pay a price if they engage in these deceptive practices.”

The companies receiving the notices are a who’s who of Corporate America — including major corporations, big retailers and consumer product companies, as well as leading advertisers and ad agencies.

They include tech giants Amazon, Apple, Facebook, and Google and its YouTube video service, as well as internet service providers like AT&T and Comcast. Others run from retailer Abercrombie & Fitch and brewer Anheuser-Busch to manufacturers General Electric, General Motors and Honda. Popular shopping and review sites such as eBay and Yelp also are included.

The FTC, however, stressed that a company having received a notice does not suggest that it has engaged in deceptive or unfair conduct.

The notice cites practices the agency found previously to be unfair or deceptive. They include falsely claiming a third-party endorsement, misrepresenting whether an endorser is an actual user or using an endorsement to make deceptive performance claims. It also listed failing to disclose a significant connection with an endorser and misrepresenting that the endorser’s experience represents that of a typical consumer.