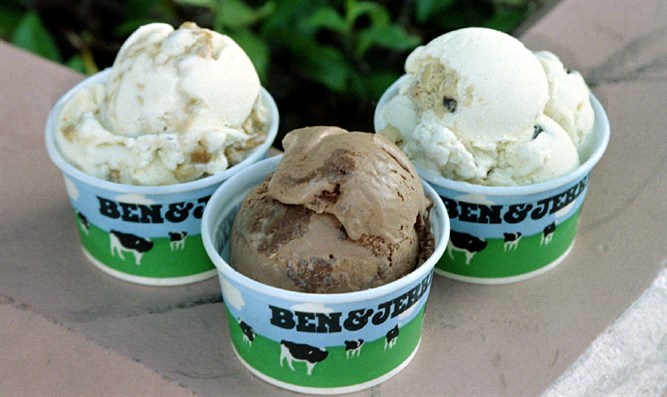 Bassem Eid, the former B’Tselem researcher who has been working tirelessly for Palestinian human rights without the antisemitism, has filed a complaint against Unilever in New York State for its Ben and Jerry’s subsidiary illegally boycotting Israel.

Interestingly, he is saying that the boycott affect Palestinians such as himself who like to shop in “settlement” supermarkets and will not be able to get the ice cream!
Attorney David Abrams has provided me with a copy of the complaint.
Excerpts:

I. Background
1. This charge arises from an announcement dated July 19th, 2021, by Ben and
Jerry’s of a boycott directed at the area claimed as the “Occupied Palestinian Territory”
(“OPT”) and subsequent announcement of the Ben and Jerry’s Board of Directors of an
intention to boycott the entire State of Israel. As set forth in more detail below, this
charge alleges that the Respondent Conopco, Inc., (“Respondent”), owner of Ben and
Jerry’s, has aided and abetted an unlawful discriminatory boycott in violation of the Lisa
Law which is now part of the New York State Human Rights Law.
II. The Charging Party
2. I am a Palestinian Arab human rights activist. I was born in Jerusalem and reside
in Jericho.3. I have dedicated my life advocating for peace and reconciliation between Israelis
and Palestinians. In doing so, I firmly reject the Boycott, Divestment and Sanctions
movement, otherwise known as ‘BDS’. I believe BDS is counterproductive to peace and
creates only more hatred, enmity and polarization, as evidenced by the Respondent’s
actions in this matter. Moreover, whereas the BDS movement’s spokespeople and
supporters live in comfortable circumstances abroad, such boycotts as this will only result
in increased economic hardships for actual Palestinians, such as myself.
If so-called pro-Palestinian activists truly want to help the Palestinians’ cause,
then they should demand Palestinian leadership respect basic freedom, human rights and
democracy for the Palestinian people, while assisting Israel in creating more jobs
employing Palestinian people and initiating programs that bring the sides together, not
create barriers, walls and only more hate.
IV. Respondent’s BDS Activity
9. On 19 July 2021, Ben & Jerry’s announced their intention to end sales of their
ice-cream in the ‘Occupied Palestinian Territory’ and inform their Israeli licensee, who
distributes in the region, that they will not renew the license agreement when it expires at
the end of next year. On the same day, in a separate announcement, the Respondent
announced its support of Ben & Jerry’s decision, effectively endorsing the company’s
boycott.
10. Although the Respondent insisted in its announcement that it remained fully
committed to its “presence in Israel”, upon information and belief its Israeli distributor
has refused to participate in its boycott activity, which would, inter alia, also be in
violation of Israel’s ‘Law Prohibiting Discrimination’ in the provision of goods and
services based on place of residence.
As it is highly unlikely that the Respondent will find an Israeli distributor to be a
willing accomplice to such illegal and discriminatory BDS activity, the practical effect of
the announcement is a decision to boycott the entire State of Israel. Therefore, regardless
of where one draws the lines of Israel’s borders, the boycott will also to apply to me, as a
resident of Jericho, in the purported ‘OPT’.
11. Moreover, although Ben & Jerry’s nominally announced that it intended to
continue to do business in Israel, upon information and belief a senior official at Ben &
Jerry’s, Anuradha Mittal, vehemently objected to this qualification. Upon information
and belief, the same individual, in her capacity as Chairperson of the Ben & Jerry’s
Board of Directors, has publicly expressed support for a boycott of all of Israel and was
the primary proponent and initial decision-maker behind the boycott activity described
herein.
12. In other words, the circumstances of the Ben & Jerry’s announcement indicate
that the company’s boycott is intended to engage in an unlawful discriminatory boycott,
and the rhetoric about “illegal occupation” is simply a fig leaf for the discriminatory
activity.
V. Effect on Palestinians
13. Regardless of the intent of the law, the effect is discrimination and boycott on
Palestinian Arabs such as myself, who reside in the so-called ‘OPT’ and would therefore
be denied ability to purchase Ben & Jerry’s ice-cream.
For example, I, as a Palestinian, as well as many of my friends, family and other
Palestinians, are regular shoppers at the Gush Etzion commercial center, which is located
in Area C, and where we also frequent to eat ice-cream. This shopping area is the true
realization of coexistence, as both Jews and Muslims from both Israel and the Palestinian
controlled territories, including areas A and B, work and shop there. Israeli Jews and
Arabs also travel from Jerusalem to enjoy what this center has to offer. Gush Etzion is
not the only mixed-commercial area in which such a positive dynamic occurs, and they
are all targeted by the BDS movement, trying to push us apart instead of fostering and
promoting such people-to-people togetherness, friendship, cooperation and peace. The
BDS’s movement has had tremendous negative affect on me and other Palestinians, some
of whom have lost their place of employment and access to goods and services.
14. In any event, I have been invited to an event in the claimed ‘OPT’, scheduled to
take place in January 2023 at which ice cream is expected to be served. Accordingly, I
am an aggrieved party in respect of the Respondent’s activities since my host (and
therefore me) will not have access to Respondent’s ice cream.

This should be interesting!