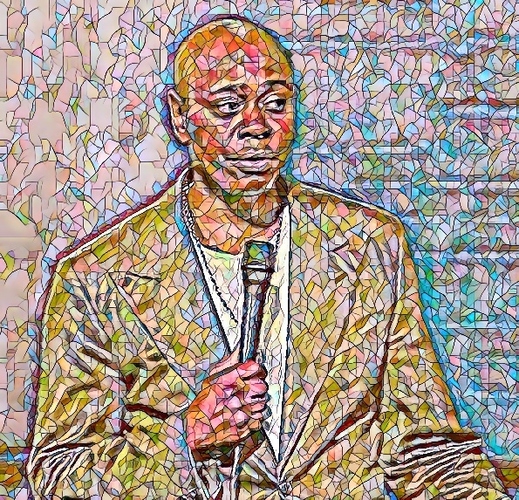 By By Andrea Widburg(American Thinker) Dave Chappelle has been rightly celebrated for being willing to speak the truth about transgenderism; namely, that there are two genders and people cannot change their gender simply because they want to. But while applauding that truth and his courage in today’s world to state it, what we cannot ignore is Dave Chappelle’s Big Lie, which was his attack on Jews using the ancient anti-Semitic trope that they seek world dominance, along with the modern Muslim trope that they’re attempting genocide against Palestinians.

What most conservatives heard once Netflix released Dave Chappelle’s latest show was that he bucked the transgender crowd and stated that “gender is a fact”:

“Gender is a fact,” Chappelle says , according to a Daily Beast report of his sixth special on the streaming platform. “Every human being in this room, every human being on Earth, had to pass through the legs of a woman to be on Earth. That is a fact. Now, I am not saying that to say trans women aren’t women, I am just saying that those p*****s that they got … you know what I mean? I’m not saying it’s not p***y, but it’s Beyond P***y or Impossible P***y.”

He’s vulgar but that’s the truth, and bravo to Chappelle for stating it.

Over the years, Chappelle has won plaudits for speaking the truth about lots of things. He’s responsible for one of the best comedy sketches about race that I’ve ever seen. If you haven’t watched his skit about the Black White Supremacist (which is, of course, filled with foul language, so be warned), you’re missing an incredibly astute commentary about the true meaninglessness of race as a way of determining our values:

Chappelle also earned widespread praise for speaking the truth about Jussie Smollett; namely, that he was lying about his alleged lynching. Leftists of all colors were afraid to admit this, but Chappelle just waded right in there (again, a language warning):

With that brute force comic honesty, it’s incredibly disappointing that, in his latest show, Smollett decided to include an out-and-out anti-Semitic attack:

Regarding Jewish people, he says: “In my movie idea, we find out that these aliens are originally from earth — that they’re from an ancient civilization that achieved interstellar travel and left the earth thousands of years ago. Some other planet they go to, and things go terrible for them on the other planet, so they come back to earth, [and] decide that they want to claim the earth for their very own. It’s a pretty good plotline, huh? I call it ‘Space Jews’.

Mr Chappelle later makes another comment referencing how Jews subject others to the atrocities that they suffered in the Holocaust. “How can a person perpetuate the same evil on a person that looks just like him?” he asks. “It’s mind blowing. And shockingly, they’re making a movie about him. Ironically, it’s called “Space Jews’.”

It’s all there: The claim that Jews willingly abandoned Israel, although they’ve had a continuous presence there for well over 3,000 years and possibly as many as 4,000. Then there’s the statement that, when they went to “the other planet” (i.e., the diaspora), “things go terrible for them,” an oblique reference to centuries of antisemitism, culminating in the Holocaust. And their response, according to Chappelle, is that they “want to claim the earth for their very own,” a statement that simultaneously accuses them of wrongfully occupying Israel (not true under any metric) and seeking world domination. The latter, of course, is one of the oldest antisemitic tropes in the world. Then he accuses the Jews of perpetrating genocide on Palestinians, whose population has grown exponentially since Israel’s creation, a most un-genocidal phenomenon.

Interestingly, even in Detroit, only 18 minutes from Dearborn, Michigan, the most heavily Muslim city in America, the antisemitic jokes fell flat.

Was Chappelle’s nasty dig at Jews a result of his Muslim faith? Was it because he now does a podcast with Talib Kweli and Yasiin Bey, the first of whom is openly antisemitic and the second of whom favors the genocidal Palestinian cause? Is it because he hangs out with Louis Farrakhan?

What’s important to understand here is that my and other Jews’ umbrage at Chappelle is not a case of conservative Jews laughing when transgender people are the target and suddenly losing their sense of humor when Chappelle’s jokes are turned on them. Again, what’s at issue here is the difference between humor based on truth (i.e., there are only two genders and they’re not interchangeable) and open antisemitism based on lies (i.e., contrary to Chappelle’s nasty insinuation, Jews are not interlopers, Jews are not genocidal, Jews do not seek world domination).

Dave Chappelle is an extraordinarily talented guy. However, his emotional, fact-free response to George Floyd’s death—the result of taxing a diseased heart with a drug overdose and resisting arrest—has changed him. Aside from the antisemitism, his show was dark, angry…and boring. Indeed, it put me to sleep. I sure hope that Chappelle can find his truth and lightness again.