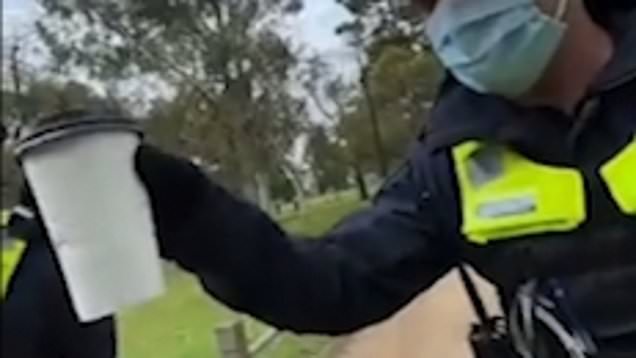 The latest encounter of an Aussie citizen with police in Melbourne shows officers actually briefly inspecting a man’s beverage, apparently to ensure that his pulling down his mask in order to consume coffee was “justified”. It should also be noted that this took place outside in the fresh air of a public park, Zero Hedge reported.

The short clip, which since being posted online has been reported on in multiple international media outlets, shows a masked-up and glove-wearing officer grabbing the man’s coffee cup, while saying, “Do you mind if I check if there’s actually anything in that?”

After giving it a shake, the officer gives it back to the man and says, “Enjoy your coffee” – apparently satisfied at finding liquid in it.

Checking coffees to make sure your mask is off for a valid reason ??? pic.twitter.com/9D68rZjcgf