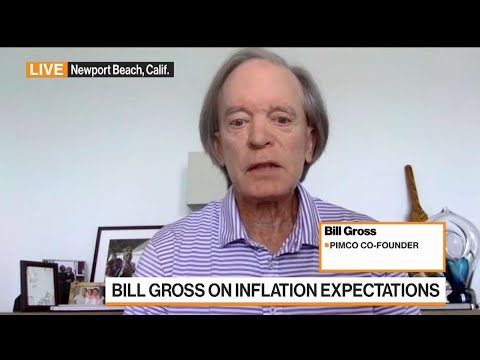 Amazon And Facebook Spent More Money Than Ever Lobbying In 2021

It appears that being a billionaire does not protect someone from disturbing the peace. According to a report in the New York Post, billionaire PIMCO founder and bond industry legend Bill Gross has found himself in a legal imbroglio with a neighbor and the situation is going from bad to worse.

The legal saga that has been dragging on for months involves Gross and his Laguna Beach, California neighbor Mark Towfiq. The neighbor asked a judge to find Gross and his former professional tennis player wife, Amy, in contempt for violating a court order that sought to stop them from blasting loud music outside their oceanfront home in California, as was reported by the Post.

Now, the Post reports that a bizarre 11-second video that shows the Grosses in their luxurious swimming taunting their neighbors is not sitting well with the judge in their case.

Court records indicate that the selfie video was shot by Amy Gross on the evening of July 7th. Iy was then that their neighbor Mark Towfiq, called Laguna Beach police on the Grosses for allegedly violating a restraining order that barred them from playing loud music outside their home when no one is in the backyard pool area, as was reported by the Post.

On Friday, Superior Court Judge Kimberly Knill in Orange County called the 11-second video “appalling,” as was reported by the Post.

“Mrs. Gross testified she took the video as a way of somehow protecting herself. The Court finds the explanation preposterous,” Knill said Friday. “While Amy Gross’s behavior was blatant, William Gross’s behavior was more subtle, but it was defiant and contemptuous all the same,” she said, adding that he “can be seen in the background with fingers wagging in the air as he dances.”

The Towfiqs’ attorneys obtained the video footage through a subpoena and released it after the judge’s ruling.

Amy Gross, who married Bill this part April, told the court, “I’m being monitored 24-7 inside my home. I’m very frustrated.”

The Post reported that she added that she has to announce each time she goes outside so the Towfiqs won’t call the police.

Bill Gross, 77, said that the much publicized fight with this neighbor has placed him and his wife in the public spotlight and that is the last place he wishes to be.

The squabble, which has since escalated, began last year after Towfiq was irritated by a protective net Gross installed above a glass backyard sculpture that allegedly blocked Towfiq’s view from his own house, as was reported by the Post.

In June of 2020, Towfiq registered a complaint about the net with local officials. Angered by the complaint, Gross retaliated by blaring music at earsplitting volumes, including Led Zeppelin and the themes to “Gilligan’s Island” and “Green Acres,” according to the Post report.

Gross claimed in court that Towfiq was an obsessed “peeping tom” who “watched, leered at, photographed, and videotaped” the couple in their home for more than a year, as was reported by the Post.

Gross and his wide then filed suit against Towfiq for invasion of privacy and other violations in October. A day later, Towfiq filed his own harassment complaint against the Grosses .

In December of 2020, Judge Knill issued a three year restraining order against the Grosses which bans them from playing music outside their home when no one is in the backyard pool area, as was reported by the Post.

The restraining order also prohibits the Grosses from contacting Towfiq and his wife, Carol Nakahara, and it bans them from coming within five yards them except in connection with legal proceedings or if they’re on their own property, according to the Post report.

Towfiq is now back at court as he has alleged that the Grosses violated that restraining order in July when they played loud music and Amy Gross yelled and sang loudly. Towfiq submitted video from his iPhone, security camera and body camera footage from cops who were called in response to a noise complaint as evidence, as was reported by the Post.

Patricia Glaser, an attorney representing the Grosses has accused Towfiq of weaponizing the restraining order in an effort to send Gross, who is worth $1.5 billion, according to Forbes to jail.