Ashli Babbitt's Mother to Newsmax: Denying Military Burial 'a Slap in the Face' - The Jewish Voice

Ashli Babbitt’s Mother to Newsmax: Denying Military Burial ‘a Slap in the Face’ 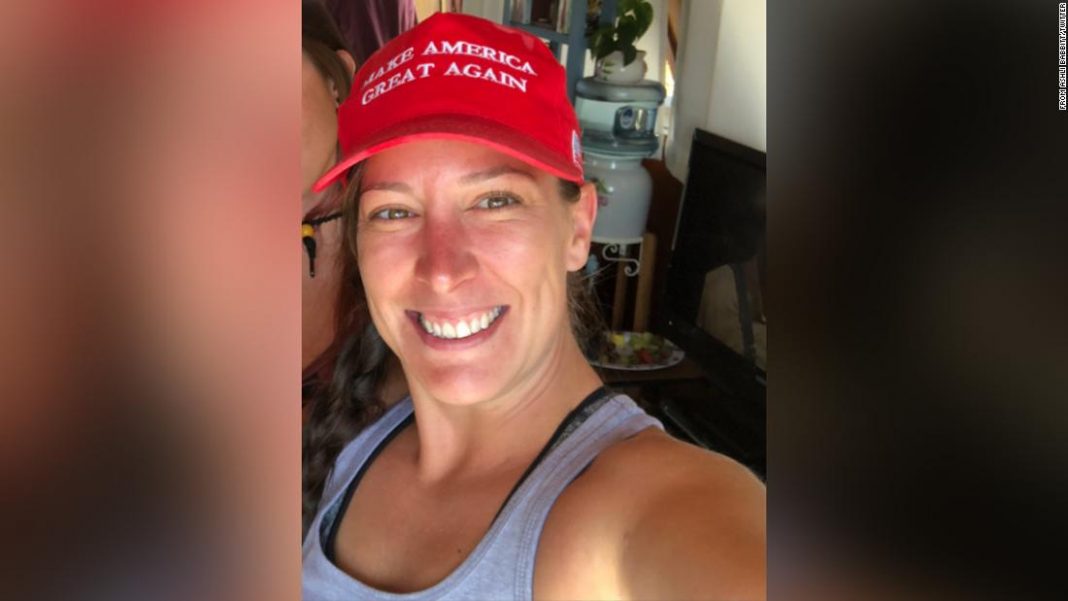 By Eric Mack (NEWSMAX)The late Ashli Babbitt so loved America she would die for it, but her mother laments that neither the country, nor her beloved Air Force, is united in loving her back.

Some anti-Trump leftists even spew hatred and vitriol at someone who is a “hero” to many, especially her mother Micki Witthoeft, but she told Newsmax it is the Air Force turning its back on her that is salt in the wound.

“I think the military disrespected her,” Witthoeft told John Tabacco on Saturday night’s “Wise Guys.” “We had some proud patriots who did a flag service for her and play taps, and it was a beautiful service, but to be told by the Air Force that she didn’t qualify for participating in Jan. 6, that was a slap in the face.

“To me, that was just so disrespectful and no reason for it.”

The unarmed Babbitt, 35, was shot by Capitol Police Lt. Michael Byrd in the U.S. Capitol on Jan. 6 as she was stepping to climb through a broken window in a door leading to the House floor.

“In my heart, she’s a hero,” Witthoeft told Tabacco. “But I don’t need everyone to see her that way. I just need people to know that she had goodness in her heart and she had patriotic thoughts in her heart and not insurrection.”

Witthoeft rejected the narratives that the protest at the Capitol on Jan. 6 was meant to be anything more than an expression of disapproval in how COVID-19 election changes were abused to tilt the election against former President Donald Trump.

“At this point, I think it should be libelous to push that [insurrection] narrative forward, because nobody’s been charged with insurrection – not one person that was there that day,” Witthoeft reminded.

“Some people are still in jail for 10 months for doing nothing more than carrying a flag,” she added.

In her first television interviews since her daughter’s death, exclusively with Newsmax, Witthoeft remembered a proud U.S. Air Force veteran who loved her country, and loved the U.S. president.

“She was a brave, quintessential American woman, independent, pragmatic – you know, if there was a problem in front of her she was going to solve it,” Witthoeft said, adding she “answered the call for her country several times,” serving four tours of duty overseas in the Middle East.

Witthoeft remembers Ashli’s motto of “hydrate and press on,” but the last call she would answer would ultimately cost Babbitt her last breath.

“She answered President Trump’s call to go and protest the election, and that’s because she felt like that’s where she should be,” Witthoeft said.

“I miss her. This country misses her. She was a true patriot.”