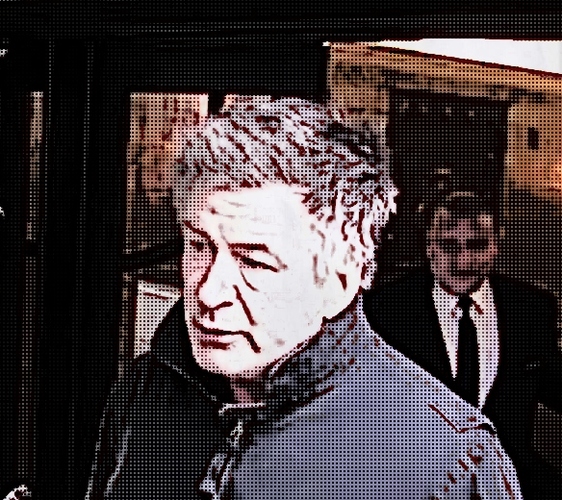 By Pandra Selivanov(American Thinker)  Allan Dershowitz, an emeritus law professor at Harvard, is one of the greatest legal minds of our time, writing multiple books and publishing hundreds of articles about the law.  He has been defending clients in courtrooms since the 1970s and argued numerous cases before the Supreme Court.  He was also on the team that defended Donald Trump against impeachment.

Alan Dershowitz believes that Alec Baldwin’s shooting of Halyna Hutchins could be considered a homicide.  Gun safety protocols are so stringent that an accident of this kind is almost impossible.  Armando Gutierrez recalls that on the set of Purge of Kingdoms, “weapons went through maybe 10 people before any actor was handed anything.”  Prop masters must be licensed, secure permits, and go through strict procedures on set that ensure everyone’s safety.

Some of the protocols include keeping weapons in a safe.  Then, when the armorer removes a weapon from the safe, he checks it for ammunition.  After that, the armorer hands the weapon off to the prop master, who also checks for ammunition.  The weapon is checked again on the set.  For rehearsals, the actors use only non-working replicas, and the prop master or armorer does not load the gun with blanks until the scene is ready to be filmed.  When the armorer finally loads the gun with blanks, he uses only the exact number of blanks required for the scene.

When the actor is handed the gun, there is a general warning that the gun is hot so that everyone on the set is aware of the weapon’s status.  If any adjustment is needed to the scene, the prop master or armorer takes the weapon back.  As soon as the scene is done, the prop master or armorer secures the weapon.  Weapons are never to be loaded with live ammunition.  In fact, live ammunition should never be on the set at all.

Dershowitz is of the opinion that, since it appears that the people working on Rust, from the armorer to Baldwin himself, didn’t follow these protocols, Halyna Hutchins’s death could rise to homicide.  Ultimately, it was Alec Baldwin who chose not to follow the first rule of gun safety: a gun is always loaded, and you don’t point it at anything you don’t intend to shoot.

It is possible that even if there is criminal liability, there may not be enough evidence to prove guilt.  That is Dershowitz’s opinion.  I do not share that opinion.  I believe that Baldwin is guilty of reckless endangerment, due to his woeful lack of gun safety and the penny-pinching that deprived the crew of the strict (and expensive) regulations that govern filmmaking on Hollywood sets.

However, I do believe that Dershowitz is correct when he states that, going forward, legal measures must be in place to ensure that gun safety protocols are followed.  I also believe that legal penalties will be applied against people like Alec Baldwin who ignore the rules of gun safety or despise guns so much that they never bother to learn those rules.