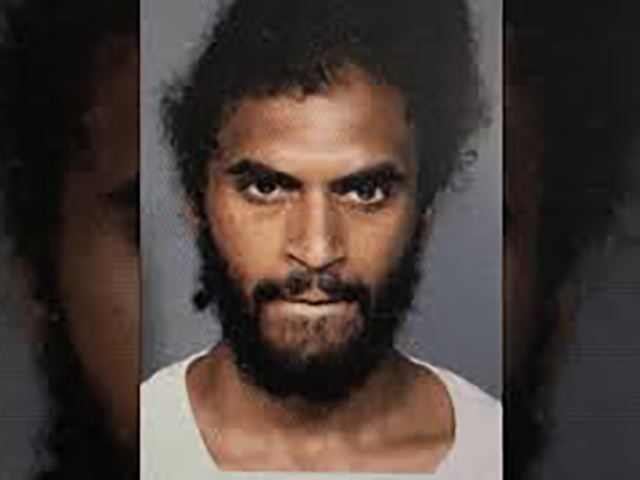 NICK GILBERTSON A 22-year-old New York City man has been arrested 57 times this year, including a stabbing, while 46 of the arrests stem from retail thefts.

Isaac Rodriguez enjoys robbing one store in particular more than any other: Walgreens. He has shoplifted from Walgreens 37 times and holds an affinity for the store in Jackson Heights, which he has lifted 23 times, the New York Post has reported.

Rodriguez hit the Jackson Heights Walgreens on July 7 and stole a variety of products. He shoplifted “10 units of Ensure, 12 Walgreens wipes, 15 units of Sensodyne toothpaste, and 8 units of Cetaphil lotion,” according to court records obtained by the New York Post.

“This guy comes here every day stealing, every single day. He comes, and he steals,” the manager of Walgreens at Jackson Heights detailed, the Post reported. “We call 911 and make a report, and that’s it. Our company policy is if anyone comes, because of a safety issue, we cannot stop him. We cannot do anything.”

The manager says Rodriguez has been shoplifting from the store for “at least a year, at least every single day. … Whenever he goes to jail he stops. Sometimes he comes three, four times [a day] to get all of a [certain] merchandise,” according to the Post.

“I don’t know how these [cases] have been handled, but clearly there has been no consequences,” a police source shared with the Post. “Looking at his rap sheet, there isn’t a hinge moment. He has a storm of criminal activity in his life. The outcomes have not dissuaded him from this path. There is a pattern of behavior that perpetuates a cycle of crime here. And it hasn’t been stopped.”

“Insanity,” Shea tweeted. “No other way to describe the resulting crime that has flowed from disastrous bail reform law.”

In March, police arrested Rodriguez for trespassing and alleged possession of a knife after being witnessed on a roof landing at Queensbridge North Houses; the Post reports that he was slapped with a desk appearance ticket.

According to the Post, Rodriguez was arrested for gang assault a few weeks after he allegedly pummeled, stabbed, and robbed 39-year-old Paul Cusco near Jackson Heights on June 7. Cusco walked his dog around 3:20 a.m. when Rodriguez and others approached him and requested a dollar bill. While Cusco was obliging the group, they stole his phone and stabbed him in the buttocks and leg once he resisted. The victim’s wounds were assessed and treated at Elmhurst Hospital in Queens.

He [Rodriguez} almost killed me. He should stay in jail for sure, for sure,” Cusco told the Post through a translator. “I was punched a lot and stabbed with a knife. I’m still scared because they may find me again.”

On August 24, Rodriguez’s shoplifted from his favorite drug store chain, which landed him in jail. He allegedly stole cleansing products and feminine hygiene products from Wallgreens in the Corona area of Queens and violated a protection order in doing so. He has robbed the Corona Walgreens 13 times, according to the Post’s sources.

On August 26, Judge David Kirschner set bail at $15,000 to Rodriguez thanks to a statute that allows suspects to be assigned bail when they are arrested for a crime that causes harm to another while free on recognizance from a previous crime, the Post reports.

The NYPD informed the Post another 77 shoplifters and thieves with at least 20 shoplifting charges apiece throughout their criminal careers are currently free in New York City. Moreover, in August alone, New York City reported 3,709 complaints of shoplifting which is a record for a single month, the Post reports. From the beginning of 2021 through September 12, New York has seen a total of 26,385 retail theft complaints, which is already an annual record. According to the Post, the number of complaints this year is a 32 percent increase from 2020, which saw 20,024 complaints and a 38 percent increase to the 19,166 reports in 2014.

“Organized shoplifting has been around for a long time, but certainly not at the level we’re witnessing in New York and elsewhere,” said Joseph Giacalone, former NYPD sergeant and adjunct professor at John Jay College of Criminal Justice, per the Post. “The penalty if caught is low, but the reward is high. The Internet provides an easy way to fence items.”

“This isn’t about bread like AOC will have you believe,” Giacalone added. “It’s about opportunists taking advantage of decisions made in their favor thanks to the Mayor, City Council, and Albany. It only gets worse from here.”

In May, failed New York Gubernatorial Candidate and Sex and the City star Cynthia Nixon tweeted about her amazement that CVS would lock up essential items like detergent and clothes in efforts to prevent theft.

“The CVS on my corner has started locking up basic items like clothing detergent,” tweeted Nixon. “As so many families can’t make ends meet right now, I can’t imagine thinking that the way to solve the problem of people stealing basic necessities out of desperation is to prosecute them.”