Yom Kippur and Zionism: The Untold Story - The Jewish Voice 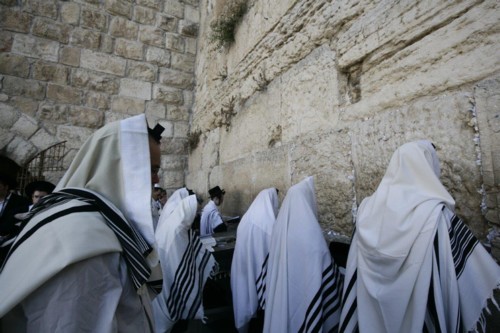 A better understanding of the central, unifying themes of each of the Jewish holidays and their unique, separate liturgies can be like throwing open the doors and windows of a dark and stuffy room holidays – and this is especially true when it comes to Yom  Kippur, the holiday that has the most remarkably different prayer service of them all. With this understanding one comes to realize what a jumble of half-digested ideas we normally face when we recite the Amidah / Shemoneh Esrei, the standing, silent devotional that is at the center of every Jewish prayer service, and also the other prayers. We “sort of” understand davening / tefilot, though we secretly think there’s a little more to it than that. Some of us even think there’s some “sort of” connection between the random ideas in the prayers, the calendar, and Jewish history, but, we fail to hear such thoughts from the vast majority pulpit rabbis and can’t recall learning these things from the teachers we had in our youth.

[Moshe Phillips is a commentator on Jewish affairs whose writings appear regularly in the American and Israeli press. He was a U.S. delegate to the 38th World Zionist Congress in 2020. His views are his own.]