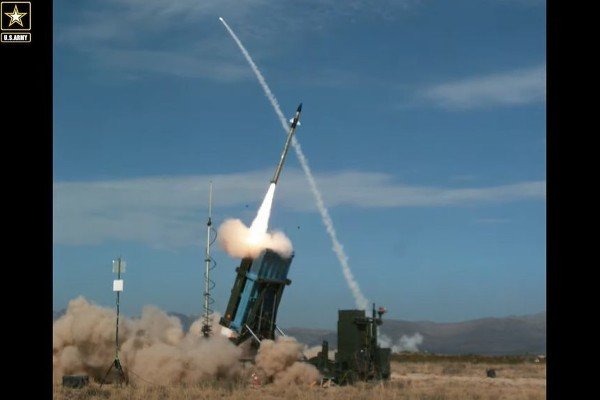 When referring to any group as a squad, one immediately conjures up a militaristic fighting unit, never a bunch of friends or social group. So, the designation of a clump of radical Congressional Leftists, women of color no less, as, “The Squad,” should capture our attention and sound an alarm. The roster of this sordid, powerful group of overt Jew haters include Congresswomen, Ilhan Omar, Rashida Tlaib, Alexandria Ocasio-Cortez, Ayanna Pressley and Pramila Jayapal.

All of them are fringe Democrats,  whose radical views, so far at least, do not reflect that party’s mainstream policies. These women have a deeply rooted hatred of Israel and will do all in their clearly evident blossoming power to bring the Jewish State to its knees. They did just that this past Tuesday in seeing to it that the dollar support in appropriations to help replenish Israel’s quickly depleting Iron Dome arsenal was deleted from a House measure vote.

Their power over their party is shocking. In a quick response to an alarmed public’s response to this omission, House Democrat Appropriations Committee Chairwoman Rosa DeLauro, a Connecticut Democrat, introduced a supplemental bill to replenish the Iron Dome missile defense system that was thankfully approved on Thursday. This caused an angry and frustrated Rashida Tlaib, the Michigan representative, to tweet in opposition to the Iron Dome funding: “I will not support a standalone supplemental bill of $1 billion to replenish the bombs Israel used to commit war crimes in Gaza.” Dumb as dirt stupidity from this Palestinian-American Jew hater. The fact that our funding was reinstated to Israel in another measure two days later was “too little too late” for us. The Squad’s swelling power over their associates sent shivers up our spines. Will it grow?

This issue stirred to life a Far Left Radical group, CODEPINK, to again display its overt Jew hating to the public. Its long time “Jewish” leader, a strong BDS advocate, co-director and Middle East analyst, Ariel Gold, supported the radical Squad with these words: “The United States already provides $3.8 billion annually to Israel which is used to terrorize, oppress and bomb Palestinians. Removing an additional $1 billion for Israel is an incredible success towards our goals of ending the blank check and impunity that Israel, an apartheid state has enjoyed for far too long.”

This lunatic group was joined by their partners in hate, Human Rights Watch and B’Tselem, who lamented, “While Israel is able to use its Iron Dome to shoot down missiles from Gaza, Palestinians in Gaza have no such protection from the massive bombs that Israel drops on civilian populations.” Imagine, during WWII, Americans complaining, whining that Germans didn’t have the equivalent anti-aircraft weaponry to shoot down Allied planes. What would have been the reaction from their neighbors? Where are the (Progressive) pro-Israel advocates now? Where is the move to unseat these anti-American, Anti-Israel witches from their seats in Congress? The lack of any outcry from our Jewish citizenry, as well, scares us. Is overt Jew/Israel hating becoming the norm?

We are concerned that over the past 13 years, open Jew/Israel hating has grown like weeds in this country. It is now acceptable for groups to openly espouse such dangerous bigotry. Anyone speaking ill of blacks, demeaning them in any manner shape or form, would be immediately condemned, repudiated and called out as a bigot. But sadly, the same is not true of Jew haters. Take for instance, the Black Lives Matter (BLM) organization which has, since its inception, openly supported the BDS movement to strangle Israel. This group sent their delegations to Palestine in open support of the destruction of Israel.

Strangely relevant at this time, in support of stopping U.S. aid to Israel, BLM published a Stop Military Expenditures Brief a few years back that could have been the blueprint for the Squad’s call for our military aid for Israel to be shut down. Yet, ADL Director, Jonathan Greenblatt, scolded those who express concern over the movement’s underlying anti-Semitism, as the Jewish Voice has done, stating: “There are those who are attempting to smear this movement (BLM) as inherently anti-Semitic. It is not. And he leads the ADL?

To add to Jewish groups disgustingly fawning over these black bigots, on August 28, 2020, a full page ad was published in the NYT to endorse BLM. Claiming to be the agent for the majority of American Jews, the ad represented Jewish organizations from across the spectrum, “speaking in one voice,” to support this radical black group. Anyone who had the audacity to evidence concern over the movement’s anti-Semitism were racists and white supremacists. Among the proud sponsors was the Jewish Council for Public Affairs (JCPA), the umbrella group for such giants as Hadassah, ADL, JWV, The Jewish Federations, ORT and the JCRC’s.

Strange, that prior to the House’s initial vote which we all knew would exclude Iron Dome funding, there was no outrage nor signs of concern for this obvious omission. Yet, on its website, the JCPA has called for its supporters to take action to “Help End Police Violence.”  What priorities does this major “Jewish” group have? Surely, it is a Social Justice one, having not much interest in Jewish causes.

Again we are voicing our deep concern that Jew/Israel hating is looming large in the near future. Few elected Jewish legislators and civic leaders have the courage to stand up for what is a just cause ….. to expose Jew hating. They appear to be intimidated by their comrades in arms. They are too timid, fearful, terrified, traumatized to speak the truth. We ask them to demand that The Squad and others of their hateful ilk be publicly scorned and voted out of office in upcoming elections. They are evil, dangerous and un-American in their values and performance. They have to go. The sooner the better.