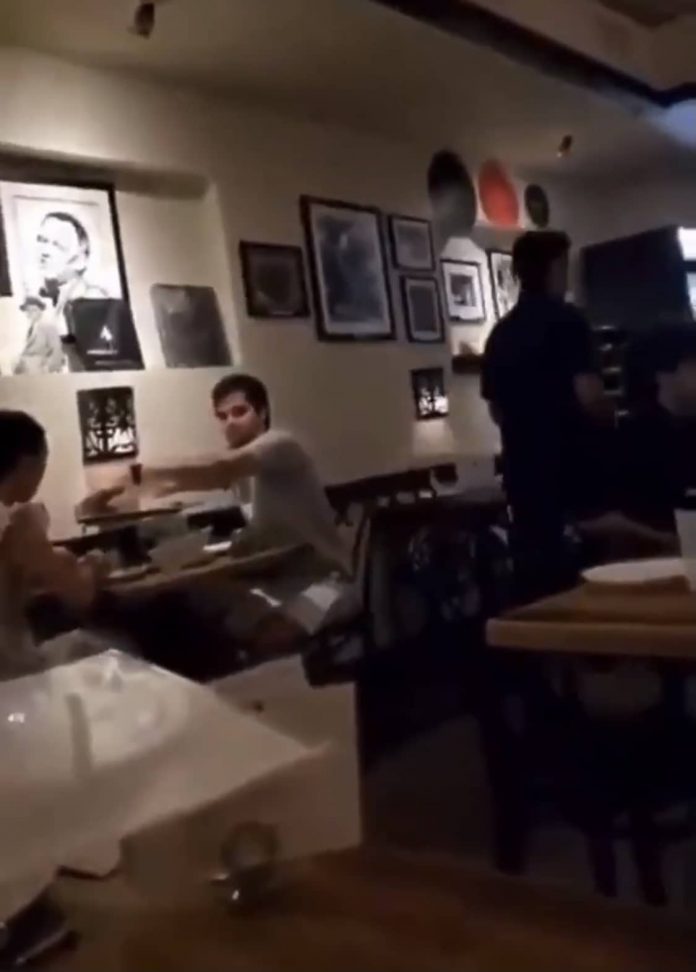 “This is America! Is this America you want to live in?”,  Ray Valez asked the waiter who denied him service at a Brooklyn pizzeria after being asked to produce vaccination proof.

A Video of a man being denied service with two small children in a New York City restaurant over not providing his covid-19 vaccine card is now going viral.

The video was posted on the Instagram page, @savingsovereignty.  The man in the video goes by goes by Ray Valez.  The incident allegedly happened on Tuesday at Juliana’s Pizza in Brooklyn, WABC radio reported    In the video, you can hear Valez saying that he is being discriminated against and refuses to leave after the worker there refuses him service for not showing his proof of vaccination card.

Valez claimed religious exemptions and challenged the de Blasio-issued mandate as an unenforceable law. It is not known if Valez ended up leaving or it he was finally served pizza.

A post shared by UNITED STATES IS A CORPORATION (@savingsovereignty)