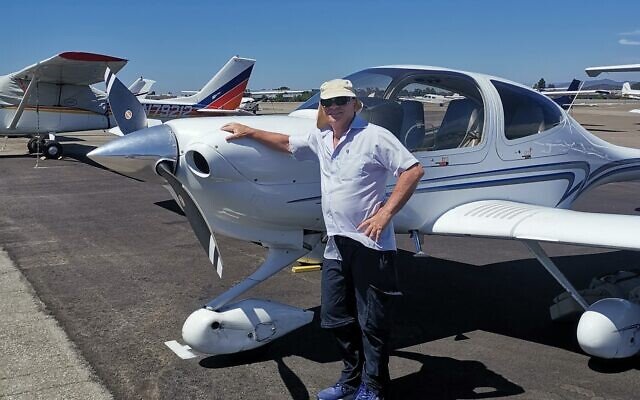 A prosecution witness in one of former prime minister Benjamin Netanyahu’s corruption trials was one of the two Israelis killed in a light plane crash in Greece Monday night.

Haim Garon, a former Communications Ministry deputy director, was piloting his Cessna with his wife Esti when it went down off the coast of the island of Samos, where they were scheduled to land from Israel. They were the only ones in the four-seater aircraft. While technical problems are suspected, the cause of the crash is as yet unknown.

“We spotted debris of the aircraft in the sea about a mile south of the airport” on the island, a Greek coast guard official told Reuters. The Greek air force also dispatched a helicopter to the scene, but there was nothing to do but recover the bodies.

“He was so happy to fly,” said a relative, according to Ynet. “He bought that plane together with a partner and would fly abroad frequently. He was a responsible pilot, we cannot comprehend what happened there.”

Israeli embassy officials in Athens are arranging for the couple’s return home for burial.

Garon had been in charge of engineering and licensing in the Communications Ministry and was going to testify in what is known as Case 4000, the most serious of the three cases against Netanyahu. His testimony was to be technical in nature, he told Radio 103FM last year, regarding issues the ministry oversaw such as the development of optical fiber infrastructure and telephone services. As such, the information can also be relayed by other members of the ministry.

In Case 4000, the state prosecution is alleging that Netanyahu received favorable news coverage on the Walla website owned by Shaul Elovich, who has a controlling interest in Bezeq. This was to be a quid pro quo for regulatory favors for the telecom giant that were approved in the ministry, which Netanyahu headed at the time.

Netanyahu is being charged with bribery, fraud and breach of trust in the case. Elovich, who netted hundreds of millions of dollars as a result of the government’s decisions, is a co-defendant along with his wife, Iris.

The case just went back to court Monday after a three-month delay ordered by the judges to give the defense time to go through new evidence that it says will exculpate Netanyahu of the most damaging charge, bribery. Former Walla CEO Ilan Yeshua had testified for weeks about pressure he received from Elovich, Netanyahu and their associates to change or add news stories to show the former prime minister in a more positive light, which the prosecution called media bribery.

Cellphone records revealed during the cross-examination revealed that Yeshua had acted similarly with other politicians, and Netanyahu’s lawyers had demanded access to all of the records to show that this was standard behavior by reporters and politicians that is not illegal.