The Rise of Mask Addiction 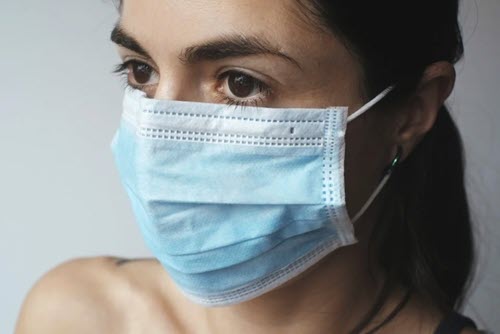 Now Psychedelics are Coming to Your Medicine Cabinet

By Pandra Selivanov(American Thinker)  I recently saw a mother taking her children home from school.  Two of the little ones stripped off their masks, enjoying the feeling of the sun on their face as they breathed freely for the first time that day.  The youngest child refused to take off his mask even as his siblings urged him.  His mother told him it was safe to remove the mask, but he continued to shake his head.  “I feel better with it on,” he said.  It was one of the saddest things I have ever seen, and I wondered what was in store for a child who has become afraid to go out without a security blanket strapped to his face.

As it happens, it’s not only the children who are becoming dependent on their masks.  Adults are succumbing to a need for face coverings.  In Japan, mask dependency has been studied since 2009, when counselor Yuzo Kikumoto coined the term for wearing masks to relieve anxiety or to foster anonymity.

Masks became a part of Japanese culture during the Spanish flu pandemic over a hundred years ago and were regularly used during flu season over the century.  As time went on, the Japanese began to wear masks less for the purposes of hygiene and disease prevention.  Instead, they began to welcome wearing masks to address anxiety.  At the Akasaka Medical Office, psychiatrist Noboru Watanabe studied mask dependency and found in a 2018 study that masks can actually exacerbate social anxiety disorder.  Dr. Watanabe also concluded that mask dependency is a type of process addiction.

Addiction is commonly understood to be a dependence on things like alcohol or drugs.  Process addictions rely on behaviors in which the individual compulsively engages.  The fifth edition of the Diagnostic and Statistical Manual for Mental Disorders (DSM-5) now includes process addiction as a mental disorder.

The only process addiction the DSM-5 admits currently is gambling disorder.  However, there are several behaviors that individuals compulsively perform because they are unable to stop, even when the behaviors cause negative consequences.  Gambling, playing video games, even exercise and sex are all behaviors in which people engage to the point of addiction.

Mask dependency could certainly qualify for a process addiction.  Consider New York Daily News writer Kate Neuman, who writes about feeling a sense of relief at hiding her face.  She claims to enjoy the anonymity of the mask which allows her to avoid interaction with others.  She tries to make wearing a mask into a feminist statement by declaring that a mask allows her to avoid harassment from men.

None of this is normal.  It sounds as if Neuman has become dependent on a piece of fabric for peace of mind.  How many more people are out there right now clinging to their masks and trying to justify their behavior, like a gambler justifying taking the rent money for a high-stakes poker game or an alcoholic promising himself this is really his last drink?

We see them every day, people driving, riding a bike, or walking down the street, all alone with their masks securely on their faces.  They show up in Zoom meetings, wearing a mask in their own home.  I saw a woman kayaking hundreds of feet from shore, all alone but wearing her mask.  Masks are no longer about hygiene, or disease prevention, or even politics or virtue-signaling.  Masks are causing sickness in people’s minds and hearts and souls.