By Jared Evan – On Friday Rolling Stone published a sensational story about Northeastern Hospital System Sequoyah in Oklahoma being overrun with people who took Ivermectin to prevent and cure COVID. The story tells the reader the hospitals are so overwhelmed with people overdosing from Ivermectin and suffering severe side effects, that gunshot victims were left waiting in emergency rooms due to Ivermectin casualties.

You can read the disinformation from Rolling Stone(LINK)

The first thing, intelligent readers noticed was the lead picture in the article featured people wearing jackets in the middle of a hot Oklahoma summer, where currently the average temperature is 85 degrees. The editors swiftly changed their featured photo.

Soon, the story was rapidly exposed to be fake news. The main source of the article Dr. Jason McElyea is not an employee of NHS Sequoyah, he is affiliated with a medical staffing group that provides coverage for their emergency room and has not worked at the Sallisaw location in over 2 months.

The medical group released a rebuttal to the article which to Rolling Stone’s credit was published on their site before their own article begins. However, they still have not retracted the story completely.

Northeastern Hospital System Sequoyah goes even further in their rebuke of the article and stated: NHS Sequoyah has not treated any patients due to complications related to taking ivermectin. This includes not treating any patients for ivermectin overdose.

In other words, the entire story was false.

Ivermectin has been used on humans and animals for decades as a way to treat parasites.  20% of the world uses the drug to treat COVID, however currently the FDA in America is strongly against using the drug, although as TJV has reported numerous times, the drug in several clinical studies has shown to be quite effective.

Podcasting giant Joe Rogan reported that he recently used a combination of drugs including ivermectin to treat his COVID infection, in addition to actress Kirstie Alle. Yet, the media continues to publish endless stories demonizing the drug as perhaps the most dangerous drug since fentanyl or arsenic. Liberal media personalities have devoted hours mocking individuals who have chosen this alternative as “psychos using horse dewormer” while neglecting to mention that 20% of the world uses this drug for COVID and numerous studies showing its effectiveness.

One must wonder why so much effort is being taken to misinform the public.

Thus far there have been 11 reports of people encountering side effects from using ivermectin to treat COVID, the most serious side effects include diharrea, these reports come from poison control hotlines. There is no documented evidence of hospitals filled with people overdosing from ivermectin. 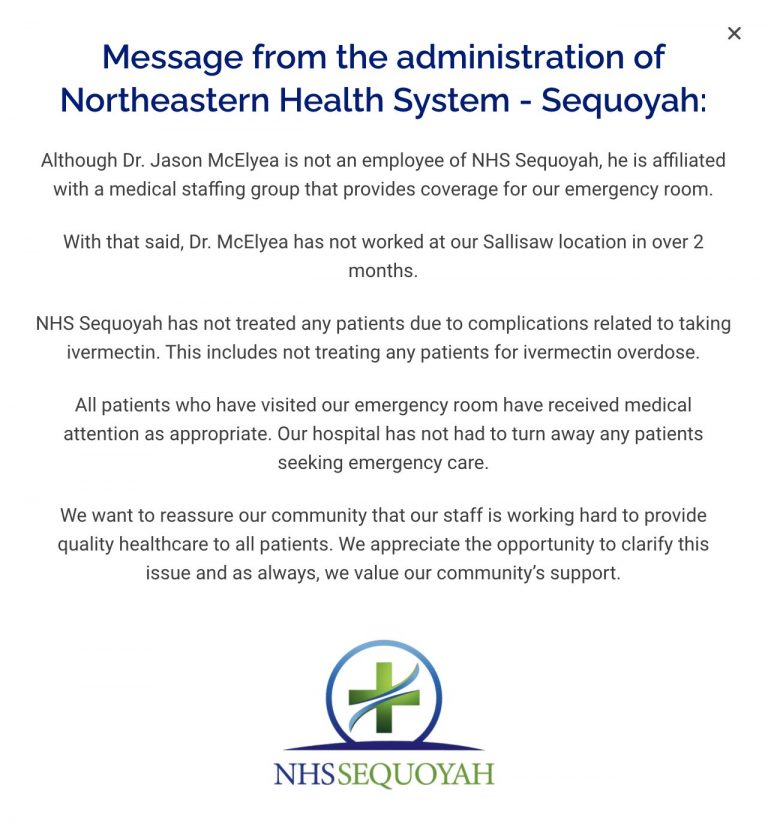