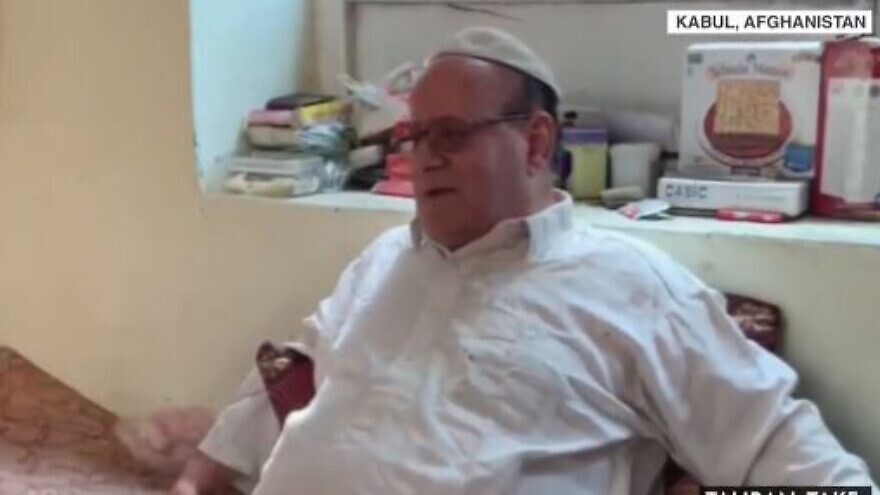 If a Lab Accident Could Create Penicillin, One Could Have Unleashed COVID-19

By David Isaac (JNS) One of the most extraordinary stories of the Afghan pullout is the rescue of Afghanistan’s last Jew—Zebulon Simantov, who lived in and took care of Kabul’s synagogue. Simantov is now out of the country, although his whereabouts remain secret for his protection. His initial reluctance to be rescued ended up saving the Afghan women’s soccer team and a group of women judges. His later insistence on saving his neighbors’ families led to the rescue of 30 others, women and children.

Simantov, 62, apparently drove his rescuers crazy in the process. “The hardest thing I ever did was dealing with that guy,” said Moti Kahana, an Israeli-American businessman who led the rescue operation and told JNS that he’s dealt with many crazy people in his line of work, but Simantov is “definitely on the top of the list.”

Simantov’s personality was immaterial to his would-be rescuers. They quickly jumped onto two WhatsApp groups formed immediately after the Taliban poured into Kabul on Aug. 15. One was called “Saving Zebulon” and the other “Zebulon Simantov.”

The groups were made up mainly of Jews involved in one way or the other with Muslim countries, most of them rabbis determined to help a Jew in distress.

“You can be a funny character, but we still have to save your life,” Chabad Rabbi Mendy Chitrik told JNS. Chitrik is chairman of the Alliance of Rabbis of Islamic States, an organization serving the religious needs of Jewish communities in places where many would be surprised to learn Jews live, from Indonesia to Casablanca.

“We were in touch with Simantov for about three years, sending him matzah, asking him if he needed anything,” said Chitrik.

Shortly before Kahana became involved, Chitrik, rabbi of the Ashkenazic community in Istanbul, reached out to the Turkish government on Aug. 16. “I figured the Americans have issues, but the Turks can talk to the Taliban and get him out.” Chitrik texted Turkey’s foreign minister, Mevlut Cavusoglu, asking him if he could help rescue Simantov.

Cavusoglu replied, “We’ll do our best.” The Turkish Foreign Ministry asked Chitrik if he could obtain an official request for help from the United States.

Chitrik reached out to Rabbi Moshe Margaretten, who had also joined the WhatsApp groups. Margaretten leads the Brooklyn, N.Y.-based Tzedek Association, an organization focused on rehabilitating white-collar, first-offender criminals in the United States.

“They reached out to me because of my relations built over a decade with politicians on both sides of the aisle through Tzedek,” Margaretten told JNS.

Sen. Marco Rubio (R-Fla.) stepped forward and offered to give a letter.

By then, Kahana had become involved. He joined the WhatsApp group on Aug. 18, and immediately, he and Margaretten connected, having collaborated on an earlier, unsuccessful attempt to spring Levi Salem Musa al-Merhavi, a Jew held in prison in Yemen since 2016.

Kahana said, “All the rabbis were talking to each other. I said, ‘Sure, we can do it.’ Rabbi Margaretten said his organization would pay for it.”

Kahana first decided to make sure Simantov wanted to leave. Simantov had lived under the Taliban from 1996 to 2001 and managed to survive, even while carrying out a fight with the only other Jew in the country, Isaac Levy, who passed away in 2005. (It’s been reported that the Taliban once imprisoned them both and then released them because they couldn’t stand the two constantly arguing.) 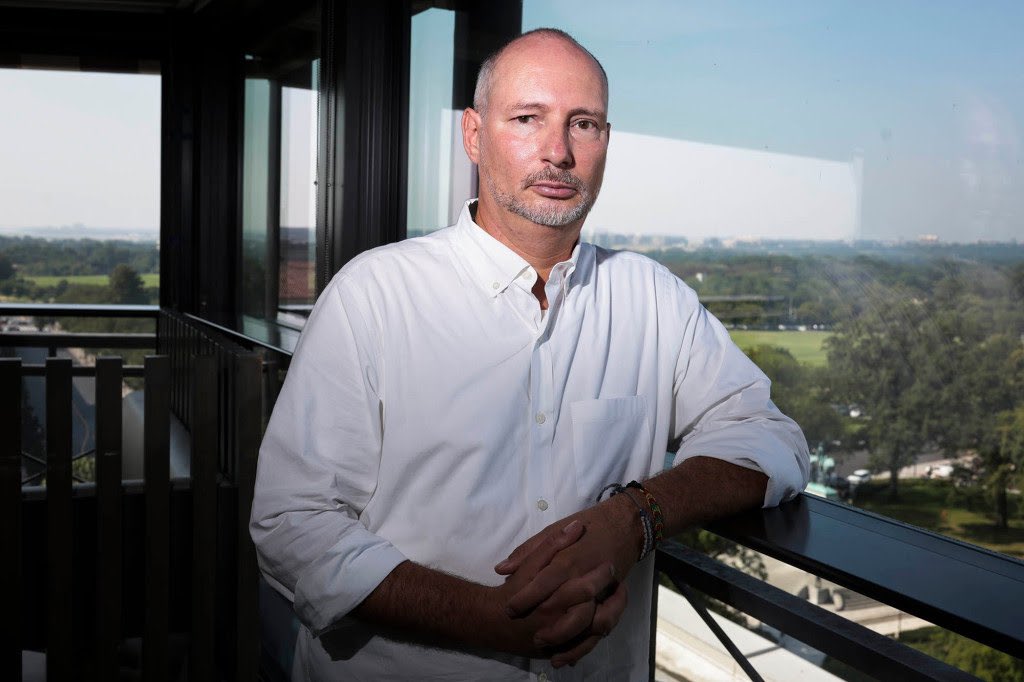 Chitrik said he knew Simantov was a character, having read about his fight with Levy and seen videos of conversations, but it still came as a surprise when Simantov demanded that he be paid to leave.

“We were in the middle of drafting the language on the Rubio letter when we learn that Zevulon was refusing to go,” added Margaretten. “I called up Senator Rubio’s office and told them, ‘Thank you so much for your willingness to help but, unfortunately, Zebulon has changed his mind and he doesn’t want to go.’ So we stopped everything.”

With the effort to rescue Simantov on hold, Kahana and the rabbis turned their attention to others. They learned that the Afghan women’s national soccer team was at risk. The Taliban opposes women engaging in anything they define as non-Islamic behavior.

“I reached out to some people from the community and told them about the soccer players. In 10 hours, we got secured donations to help them out,” said Margaretten.

“In the middle of helping the soccer team, we learn there’s a group of women judges. They saw we got out some of the soccer players, and they immediately reached out to us and they begged us for help. We rescued a big group of them,” he said.

As these rescue efforts proceeded, Simantov contacted Margaretten and Kahana. He’d had a change of heart. “Zebulon starts to cry out, ‘I want to go.’ He sent a video to me in English, ‘Rabbi Moshe Margaretten, please take me to New York.’ And he didn’t stop,” said Margaretten.

“After Kabul was taken over, a few days into it, he was calling me nonstop to come and get him,” added Kahana. “I said, ‘Zevulon, it’s too late; my guys are doing other stuff. They can’t come back today.’ ”

‘I’m trying to get Jews out’

By then, the rabbis had become aware that there was an issue regarding Simantov’s failure to give his wife a get, or religious divorce. According to Jewish law, a husband must present a divorce document to his wife; when a husband refuses to do so, the wife is unable to remarry. It has been 20 years since Simantov’s wife left him, having fled with their daughters to Israel.

“We put a condition on our involvement in his rescue that he would give a divorce to his wife,” said Chitrik, who is handling the divorce documents. He told JNS that Simantov has signed a paper indicating his willingness to give the divorce. Chitrik is working diligently to see that he does so and that everything is done according to Jewish law.

Chitrik joked, “I keep telling Moti Kahana that once he gets Zevulon to America not to give him any food until he signs the divorce papers.”

While still in Afghanistan, Simantov promised Kahana that he’d give the divorce immediately. However, that would have required the presence of several rabbis. Kahana explained to Simantov, “Zevulon, I’m trying to get Jews out, not bring Jews in.”

(Simantov signed the divorce papers over Zoom ahead of the holiday of Yom Kippur.)

The reason Simantov reversed his decision to leave Afghanistan was twofold. “It was his fear of ISIS, and it was his neighbors wanting him to take their kids out,” explained Kahana.

As to the first, Kahana helped stoke Simantov’s fears. “I explained to Zevulon that the Taliban is probably not going to kill him, but ISIS is going to kidnap him and sell him to us, the Jewish people, or chop him up and sell us the head,” he said. “He heard shooting around. I told him. ‘Who do you think is shooting each other? It’s Taliban and ISIS fighting each other. You need to figure out what you want to do.’ ”

Second, Simantov’s neighbors urged him to leave and take their families with him. They had reason to fear as they belonged to an ethnic minority, the Hazaras, which was persecuted when the Taliban first took over Afghanistan in the 1990s, massacring thousands. Once Simantov agreed to go, he insisted on helping his neighbors’ families.

“Zebulon said, ‘I cannot go myself. I have my neighbors who helped me over the years. They’re a minority. They’re Hazara. They’re begging me to take out their wives and kids so they’ll at least have a future,’ ” said Margaretten.

“We had agreed on 18,” said Kahana. “But when my team showed up at his home, he had with him 100. My guys asked me, ‘You want to take all these people?’ And I said, ‘No way, we don’t have the equipment. We’ll take the 18 we agreed.’ After negotiation, we squeezed in 30 people.” That brought the total to 31 with Simantov.

Another problem cropped up when the group reached the border of the neighboring country that was to take them in (Kahana wouldn’t reveal which one). Kahana, who was not in Afghanistan but in the region, said that Simantov wanted everyone to cross the border at once. He had his people explain to Simantov that it had to be three at a time. Eventually, Simantov agreed, or so Kahana thought. It was only after he had flown home that he learned Simantov had gone back to demanding everyone cross as a group. It was Kahana and his team who relented. The decision added a day to the operation as it involved a 14-hour drive to another location and another 10 hours waiting at a safe house.

“We left on Friday and got to the main city of that country on the eve of Rosh Hashanah—Monday night [Sept. 6]. It was Friday to Monday night U.S. time. It was a long journey,” said Kahana. “You’re saving his life, and he’s running the operation the way he wants it run.” 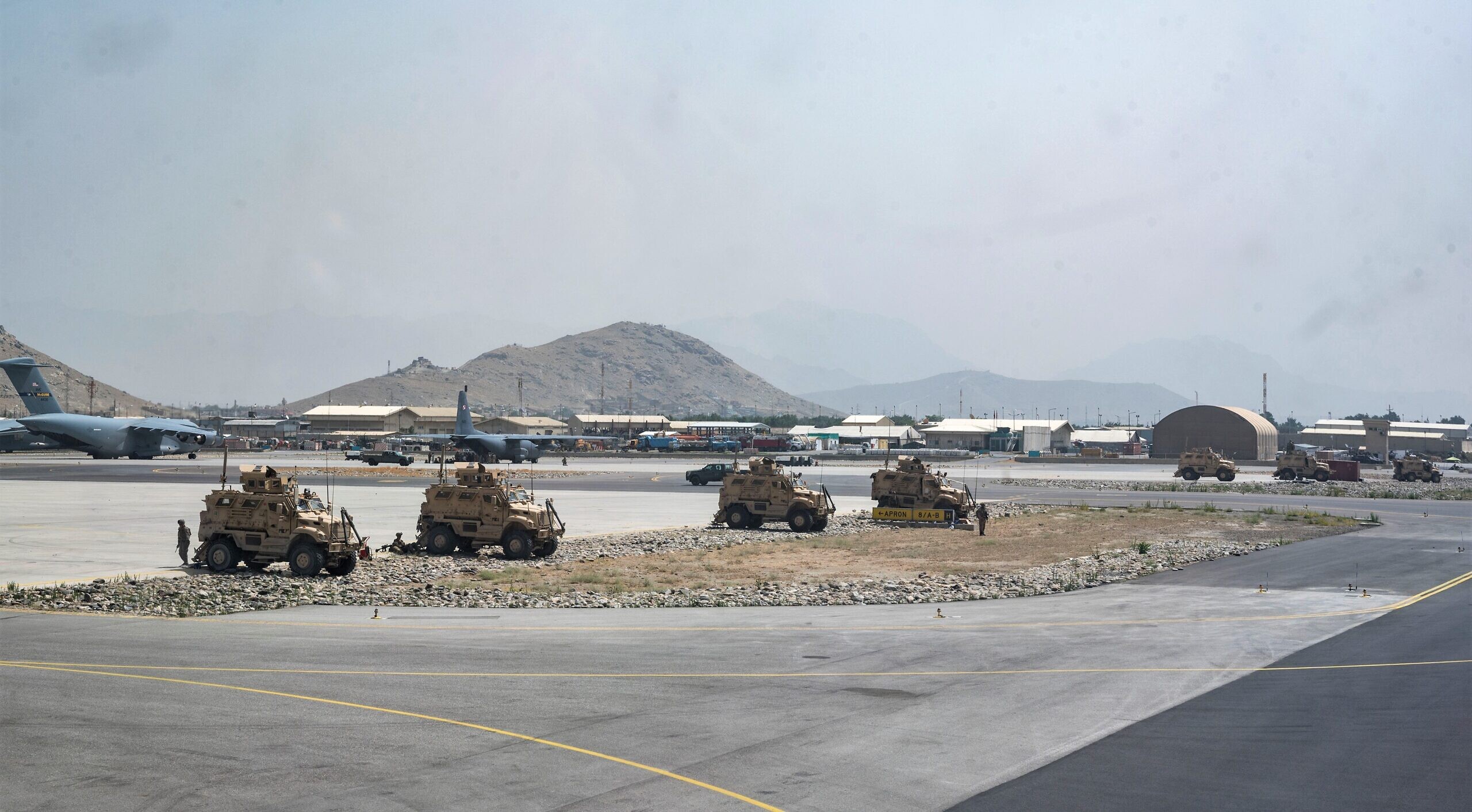 ‘I’m getting paid to save people’s lives’

Everyone they rescued indirectly owes their lives to the fact that Simantov, a solitary Jew, lived in Afghanistan, noted Margaretten. Although the rabbi was initially motivated to help save the life of a co-religionist, he didn’t hesitate when it came to saving non-Jews as well.

“All my grandparents are Holocaust survivors. They went through a very similar situation. When Nazi Germany took over Europe there were righteous gentiles who came out and helped us,” he said. “We should all step up to the plate and do what we can. I’m a proud Jew and will continue saving people’s lives. The Talmud says, ‘Whoever saves a life, saves a world.’ ”

Kahana, whose father’s family comes from the city of Iași in Romania, also credits his involvement to his family’s Holocaust experience. “Yad Vashem, that’s what got me into Syria. When the Syrian civil war started, I was at the Holocaust museum with a friend from Taiwan. I’m reading about Romania and Iași. I start bawling. That’s the only time I remember myself crying,” he said.

Kahana, a serial entrepreneur who has started a number of successful businesses, mainly in the automotive space, started out donating to charity groups until he realized “they’re flying first class with my money, then I stopped.” Kahana started his own group, Amaliah, named after his mother, to help Syrian victims. He now runs a for-profit security firm GDC, Inc., which helps humanitarian groups in conflict zones.

“I’m actually getting paid to save people’s lives. I did it with my own money in Syria for 10 years. And if you asked me, ‘Would you give all your own money again?’ Yes, I would do it again. But now I’m doing the exact same thing without giving out money and with more experience,” he said.

He has a warning for NGOs in Afghanistan who he feels have more heart than brains and worries about their vetting processes. “One thing I recommend to them is not to take the next suicide bomber to the Champs-Élysées or Times Square, or any other place around the world,” he said.

Kahana, Margaretten and Chitrik continue their rescue efforts in Afghanistan. “When people ask me how many Jews are in Afghanistan, I say there was one proclaimed Jew in Afghanistan. [But] I think there are others of Jewish descent,” said Chitrik, who is specifically trying to rescue seven families with whom he has worked with in the past.