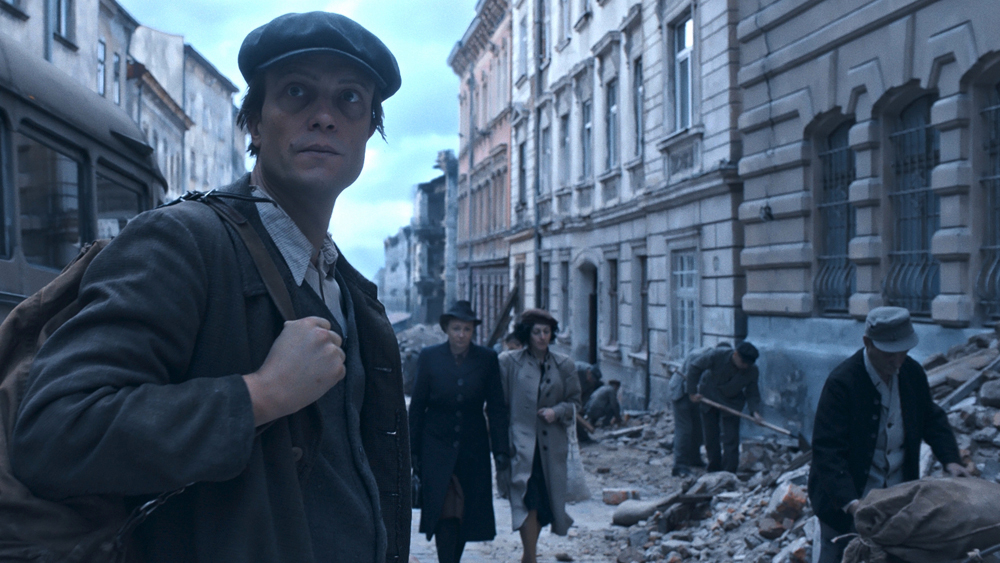 In 1945, a group of Jewish holocaust survivors planned to poison the water system in Germany. The film tells the dangerous and bold secret operation which was called – Plan A.

The audacious plan they hatched that night would stay secret for decades.

They would call themselves the Nokmim, Hebrew for ‘Avengers’.

The movie Plan A, which opened in the UK and Japan over the weekend tells this fascinating story

Israeli writer-directors Yoav and Doron Paz happened upon the story of the Nokmim after a friend told them that his grandfather, before starting a new life in Israel, had sought out and killed the man who had denounced his family to the Nazis.

The film, Plan A, is based on a book by Dina Porat, chief historian of Yad Vashem, Israel’s Holocaust memorial centre in Jerusalem. She had access to the Hebrew transcript.

She tells the Mail that, although she cannot condone the Nokmim’s intentions, its aims have to be seen as part of a wider clamour for justice as the war came to an end.

‘It wasn’t only the Jewish people. All [the people of] Europe who had been under the Nazi yoke were obsessed with revenge,’ she says.

‘The Jewish Brigade, a unit of the British Army, executed 100 to 150 Nazi collaborators and criminals. The difference with the Nokmim was that they did not want to execute or punish based on identifying the person responsible.

‘This group did not want to kill at night in a forest or in a closed apartment. They wanted the world to know that Jewish history had known enough suffering.

‘From now on, anyone who harbored ideas of harming Jews would see that six million Germans had paid with their lives. They saw it as a call for justice on the largest possible scale.’

You can watch the trailer below