Over 300 European, US Lawmakers Urge EU to Back Israel at UN - The Jewish Voice

Over 300 European, US Lawmakers Urge EU to Back Israel at UN 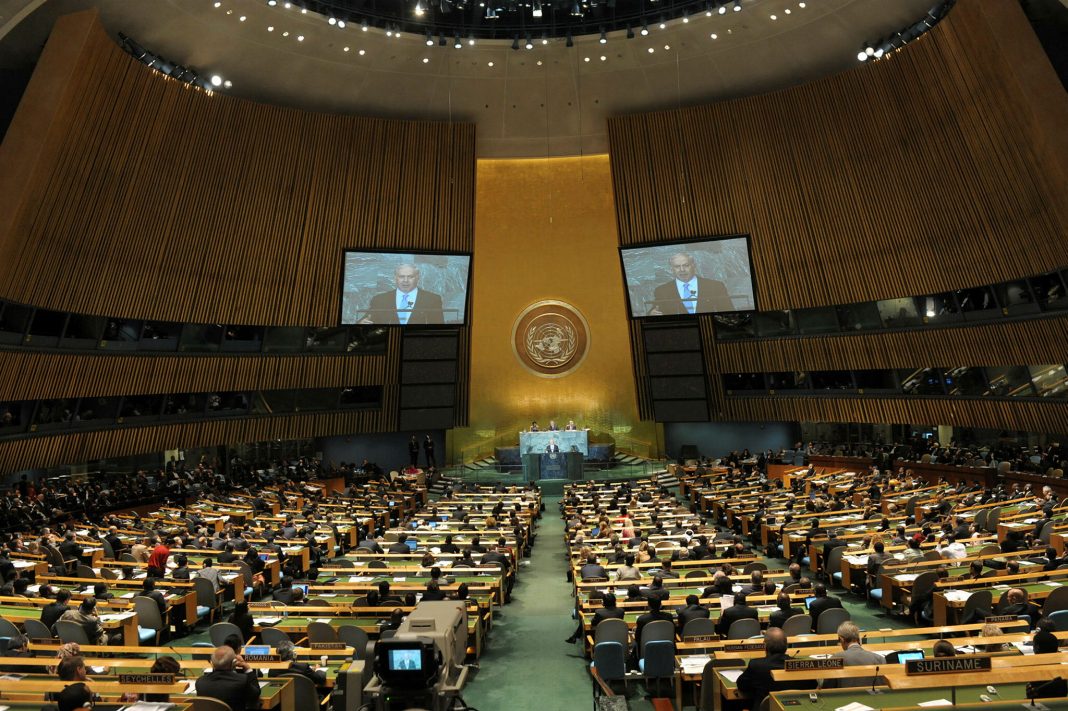 In an unprecedented transatlantic initiative, 312 cross-party lawmakers from Europe, North America, and Israel urged European Union (EU) countries and democracies worldwide to help end the discrimination against Israel at the United Nations.

Spearheaded by the American Jewish Committee’s (AJC) Transatlantic Friends of Israel (TFI), the interparliamentary statement comes ahead of the opening of the 76th Session of the UN General Assembly.

The leadership of the TFI sent the statement on Monday to the governments of all EU member states, the United Kingdom, Norway and Switzerland, to the EU leadership as well as the UN Secretary-General and the heads of major UN agencies. The signatories are overwhelmingly European legislators and include government ministers, party leaders, parliamentary vice-presidents, and chairs of key committees.

The lawmakers underline in the declaration that the UN’s bias against the Jewish state not only damages Israel but the UN’s own reputation and its effectiveness to tackle global problems.

“Within the context of rising global antisemitism, the relentless, disproportionate, and ritualistic condemnation of the world’s only Jewish state at the UN is particularly dangerous and must finally end. Israel deserves attention and scrutiny, as does every other nation. But it also merits equal treatment – nothing more, nothing less,” the text reads.

“By violating its own Purposes and Principles, which commit the organization to ‘develop friendly relations among nations’ and to the ‘principle of the sovereign equality of all its Members,’ the UN is undermining its credibility and losing public support,” the statement adds.

The declaration concludes with three concrete demands. First, EU members and fellow democracies should reject the excessive number of anti-Israel resolutions. Next, the lawmakers call for a reform of the Human Rights Council (UNHRC) and the cancellation of its permanent anti-Israel Agenda Item 7. The UNHRC is infamously biased against Israel, with nearly half of its resolutions focused solely on Israel while it ignores war, strife and atrocities committed around the globe.

Finally, they demand the shutdown of discriminatory committees and programs within the UN system that single out Israel.

Austrian MEP Lukas Mandl (EPP), Chair of the TFI group in the European Parliament (EP), stated that “the UN has shown a long-standing bias against Israel which is often targeted more frequently than all other countries combined. The time is long overdue to end this shameful practice. Democratic governments have a responsibility to bring about this much-needed change.”

Daniel Schwammenthal, Director of AJC’s Brussels-based EU office, the AJC Transatlantic Institute, and TFI Secretary-General, stated that “the statement could not be more timely as next week the General Assembly will shamefully mark the 20th anniversary of the 2001 Durban World Conference against Racism.”

Greek MEP Anna Michelle Asimakopoulou (EPP), TFI Vice-Chair in the EP, said that “it is time for EU member states and other democracies to follow the US’ example and vote against these one-sided UN resolutions that unfairly target Israel.”

Lithuanian MEP Petras Auštrevičius (Renew Europe), TFI Vice-Chair in the EP, noted that “when Israel, the Middle East’s only true democracy and a leader in gender equality, is singled out for allegedly violating women’s rights, but regimes such as Iran are elected to the UN Women’s Rights Commission, then you know something is seriously flawed. We must finally fix this UN bias.”

Austrian MP Martin Engelberg (ÖVP), incoming TFI Chair in the Austrian National Assembly, stated that “the surreal torrent of one-sided resolutions condemning Israel out of all proportion serves to demonize the world’s only Jewish state. This is an outrage and we Europeans have a special duty to put an end to it.” (TPS)