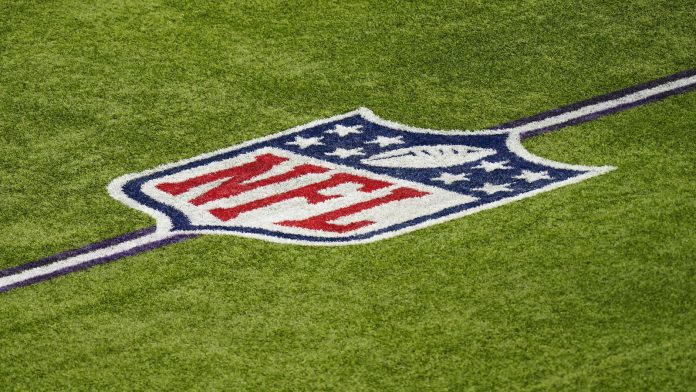 By Marvin A Azrak Week one brought fans back in stadiums, and we couldn’t be more thankful. Whether it were cheers or jeers, the players noticeably fed off of the tenacious energy making for an astounding beginning to the 2021 Football season. But now, it’s time to look ahead to what week two has to offer. Let’s dive right in!

THURSDAY NIGHT FOOTBALL:
New York Giants(0-1) @ Washington Football Team (0-1)
MARVS PREDICTION: NYG 24 WSH 20
A READERS PREDICTION: NYG 34 WSH 17
As I predicted both NY(27-13 vs Denver)and the team residing in our nation’s capital(20-16 to LAC) dropped their season-openers. But even more of a blow for the hosts in this upcoming contest, is the loss of QB Ryan Fitzpatrick who will miss 6-8 weeks with a shoulder injury. In his place, will be Taylor Heneckie a proven young QB who started for his team against Tom Brady and the eventual Super Bowl champion Tampa Bay Buccaneers in the playoffs last season. Meanwhile, Daniel Jones takes star RB Saquon Barkley(10 carries for 26 yards), WR Kennedy Golladay(Four receptions for 64 yards) on the road against a team he is undefeated against in his career. It will be a battle of the trenches, but in the end I’m leaning towards the G-Men to be 1-1 after this is all over.

SUNDAY 1:00PM ET games:
Denver Broncos(1-0) @ Jacksonville Jaguars(0-1):
PREDICTION: DEN 30 JAX 17
Denver looked stout in their 27-13 road win over the Giants, using star Melvin Gordon(11 carries, 101 yards) to their advantage. QB Teddy Bridgewater also torched the Giants defense by going 28/36 for 264 yards, three touchdowns, and zero interceptions. He will face a Jags defense that just allowed an astonishing 37 points against the supposedly woeful Texans, while Trevor Lawrence threw three picks in his NFL debut: a 37-21 road defeat. Denver’s defense will once again provide havoc for the young QB which makes me take Denver for a 2-0 start to the season.

Buffalo Bills(0-1) @ Miami Dolphins(1-0)
PREDICTION: BUF 31 MIA 27
The season got off to an auspicious start for the reigning AFC East champs in their 23-16 loss to the Steelers, but week two presents them with a chance at redemption for their confidence against the first-place Miami Dolphins. In New England, the Phins gutted out a 17-16 win in the trenches over Mac Jones and the Patriots to take over first place in the AFC East for the time being.
Being that it’s a divisional matchup, expect it to be a chippy one with a feisty affair. But being the better& hungrier team also works to your benefit which is why Josh Allen will throw for three scores, and the Bills defense will do just enough to knock Miami off their perch.

Houston Texans(1-0) @ Cleveland Browns(0-1)
PREDICTION l: HOU 24 CLE 42
Don’t let the record device you as the Browns had to go into Arrowhead and play the powerhouse that is the Kansas City Chiefs, and almost walked out of the building victorious, but a 23-7 second half clip and some timely plays on the defense side of the ball sent Clevland home with a devastating 33-29 defeat. QB Baker Mayfield was brilliant though, going 21/38 for 321 yards, and Cleveland was able to establish a running force with Nick Chubb(2) Kareem Hunt, and Jarvis Landry all accounting for their touchdown. They will face a Houston offense on a high, after a 37-21 drubbing of the Jaguars to begin their campaign. However, this guy will not invest in the woeful Texans just yet, and am picking the Browns to take their home-opener.

Cincinnati Bengals(1-0) @ Chicago Bears(0-1)
PREDICTION: CIN 28 CHI 21
Joe Burrow went 20/37 for 261 yards and two electric TD’s to Jamare Chasse and Tee Higgins, as the Bengals would fend off a late Minnesota rally for a 27-24 overtime win in the Jungle. On the other side, the Bears played up to standards in their 35-14 defeat at the hands of the Rams, though did see Justin Fields score his first career touchdown. With one team hot and another team not, while still trying to make it clear who’s QB1 between Andy Dalton and Fields in Chicago, has me picking the visitors.

San Francisco 49ers (1-0) @ Philadelphia Eagles(1-0)
SF 42 PHI 28
Both teams put up crooked numbers in their opening victories, with the niners using a balanced offensive attack in their 41-33 win over the Lions, while Jalen Hurts went 27/35 for 264 yards, and three touchdowns as Philly clubbed the Falcons 32-6 on the road. This should be a somewhat high-scoring affair, but in the end I’m taking the deeper San Francisco 49ers.

New Orleans Saints(1-0) @ Carolina Panthers(1-0)
PREDICTION: NOLA 28 CAR 17
One of the more surprising results of week one came from Jaxonville where the Saints “Hosted” the Packers there due to the Hurricane. Jamison Winston went for five touchdowns in his Saints debut, while also going 14/20 for 148 yards, and zero interceptions for an elite passer rating of 130.8. On the other hand, the NOLA defense jumped on the reigning MVP in Aaron Rodgers, who struggles by going 15/28 for 133 yards, zero TD’s and two INT’s in a 38-3 rout.
Panthers fans slid into my mentions after their 19-14 win over the Jets, after I predicted a 31-13 Gang Green victory. While they had all the right to do so, with Sam Darnold hitting up his ex-Jet teammate Robby Andreson for a long score in the midst of his 24/35 for 279 yards and a TD afternoon, I’m still taking the latter in the Saints here.
While Christian Mccafrey(21 carries for 98 yards) will have his moments and get on the scoreboard, New Orleans will simply be too much to handle when it comes to the fourth quarter, and will grind out another victorious effort.

Los Angeles Rams(1-0) @ Indianapolis Colts(0-1)
PREDICTION: LA 42 IND 17
The Rams as expected clubbed the 35-14 Bears led by new QB Mathew Stafford who went 20/26 for 321 yards, and three touchdowns in the win. Meanwhile, Carson Wentz went 25/38, 251 yards for two touchdowns in his Colts debut, but fell short at home yo the Seahawks 28-14. After seeing these two teams play in week one, it’s clear the Rams are stronger, faster, and definitely have a better running game, and defense than Indy, swaying the tide their way.

Las Vegas Raiders(1-0) @ Pittsburg Steelers(1-0)
PREDICTION: LV 21 PIT 34
In a Monday night football classic, Derek Carr went 34/56 for 435 yards in a 33-27 comeback home overtime victory over the Ravens. In Buffalo, “Big” Ben Roethlisberger went 18/32, and relied heavily on his running backs in Najee Harris(16 carries, 45 yards), and Dionte Johnson(Go-Ahead TD) to get anything going against a feisty Bills team in their 23-16 road win. Vegas will present a more formidable challenge to this defense, but the Steelers should have their way on the offensive side of the ball all the same. Ultimately, it will come down to execution down the stretch, and I’m going with the home team in the Steelers to find a way, and make a final stand against Carr to end it.

Bold prediction: Chris Boswell will have a Multi-FG game.

New England Patriots(0-1) @ New York Jets(0-1)
PREDICTION: NE 27 NYJ 17
Mac Jones vs Zach Wilson will be the storyline, after both rookies had their moments in their season-opening defeats. Seeing how Bill Bellichek has a good track record at Metlife Stadium, and considering his team was on the verge of victory in their 17-16 defeat to the Phins, I expect nothing less than Mac Jones to light the Jets up on Sunday. As for Zach, he will need to be more efficient in order to lead a developing Jets team to a victory over their division rivals.

4:00 or later games:
Minnesota Vikings(0-1) @ Arizona Cardinals(1-0)
PREDICTION: MIN 24 ARI 31
While the Vikings were taking a heartbreaking 27-24 overtime loss to the Bengals hard, the Cardinals were reveling their 38-13 stunner over the Titans. Kyler Murray went 21/32 for 289 yards, four touchdowns, and one INT in the victory, connecting with WR Deandre Hopkins twice in the endzone. On defense, Chandler Jones racked up five sacks, and i expect him to net some more against Kirk Cousins and the soon to be 0-2 Vikings.

Atlanta Falcons(0-1) @ Tampa Bay Buccaneers(1-0)
PREDICTION: ATL 17 TB 35
The Football world was blessed with a thriller to open the season between the Cowboys and Bucs. On “Banner night” for the champs, Tom Brady and Dak Presscot put on a show for the ages. Returning for the first time since tearing his ACL in game five of the 2020 season, Dak Presscot went 42/58 for 403 yards, three Td’s, and an INT. Dallas led 29-28 with just over a minute left, but TB12(32/50, 379 yards, four TD’s two INts) would engineer a game-winning drive, with Ryan Succop knocking a go-ahead FG in the wanning seconds for a 31-29 Tampa bay win. On the other side, the Falcons struggled to do much of anything against the upstart Eagles in their 32-6 loss, and it’s tough to see them overcoming a superior division rival as well.

Dallas Cowboys(1-0) @ Los Angeles Chargers(1-0)
PREDICTION: DAL 34 LAC 27
Dak Presscot showed he’s back after his torrid performance in the season-opener. However, his defense will face a stud in Justin Herbert(31/47, 337 yards, 1 TD), who took down a formidable defense in Washington in week one. This can wind up being a slugfest, but I have the Cowboys edging LA due to their explosiveness, with Ezekiel Elliot taking over late in this own, powering the Boys through in a classic come from behind win over Austin Ekler and the Bolts.

Tennessee Titans(0-1) @ Seattle Seahawks(1-0)
PREDICTION: TEN 24 SEA 41
Did the Titans forget the season has started? They were flat in all aspects of the game in their blowout home loss to the Cardinals, and to make matters worse now must go up against arguably the loudest crowd in the game of sports at Luman field, and a dynamic team in the Seattle Seahawks. Russel Wilson looked in mid-season form going 18/23 for 254 yards and four touchdowns in a 28-16 win over the Colts. Little known fact is under head coach Pete Carrol, the Seahawks have yet to lose a home-opener, and considering the way they took apart an AFC South contender on the road last week, I can only imagine what will transpire at home.

SUNDAY NIGHT FOOTBALL:
Kansas City Chiefs(1-0) @ Baltimore Ravens(0-1)
PREDICTION: KC 35 BAL 21
While the storyline is Patrick Mahomes vs Lamar Jackson, I’m personally looking at how both defenses will adjust after terrible week ones. Credit must be given to KC, who only allowed seven second half points in their 33-29 thrilling win over the Browns. But the Ravens on the other hand, saw a 20-10 fourth quarter lead slip away, in a heartbreaking 33-27 overtime loss to the Raiders on Monday. Jackson struggled down the stretch, as decimated seemed to ultimately catch up with Baltimore. As we have seen the past two seasons, you must have everyone, and everything prepared to have a chance against these Chiefs, and if you don’t then your in for a sour evening which is what I expect to come out of this contest.

MONDAY NIGHT FOOTBALL:
Detroit Lions(0-1) @ Green Bay Packers(1-0)
PREDICTION: DET 20 GB 36
The good news is, that pitiful opening day performance will probably be as bad as it gets all year long for the Packers. QB Aaron Rodgers Is back in the friendly confines of Lambeau Field, where he will face an opponent he’s all too familiar with in the division-rival Lions. Detroit almost pulled off a major comeback, turning a 38-10 deficit into a 41-33 ballgame, but that’s as close as they got in the home loss at the hands of the San Francisco 49ers. I don’t expect any sort of letdown by the Packers, especially after being trounced 38-3 by Jamis Winston ,and the Saints last week. On a national stage , expect the “Pack attack” will show everyone why they’re looking at making it back to the NFC title game this season, by picking apart their rivals.