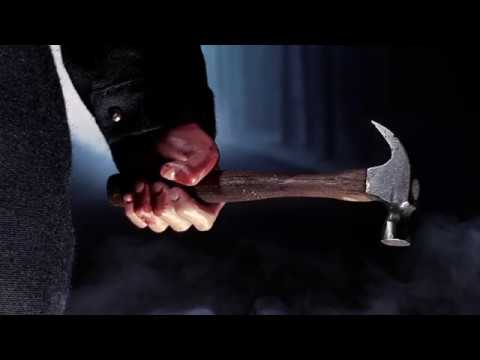 by Dan Verbin(A7) A man with a hammer went on a rampage through a Teaneck, New Jersey medical center screaming “Are you Jewish?” on Sunday.

The man reportedly stormed through the Riverside Medical Group, including a pediatrician’s office, as well as a nearby dry cleaner, carrying a hammer in a threatening manner and asking people if they were Jewish, the Daily Voice reported.

The alleged assailant, Camwren T. Cole, 23, of Teaneck, also cut himself while smashing the building’s windows, and was covered in blood.

He was also heard screaming “They tried to turn me trans!” according to witness Jill Gordon.

Gordon said she was one of the people who was asked by Cole if she was Jewish.

Police arrived quickly at the building and arrested Cole. He was taken to Bergen New Bridge Medical Center in Paramus, New Jersey for psychological evaluation.

Police at the scene determined that the suspect “showed indications indicative of mental illness,” Police Chief Glenn O’Reilly said in a statement.

O’Reilly said that Cole was charged with aggravated assault, unlawful possession of a weapon, criminal mischief and harassment.

He said that when Teaneck police arrived at the office complex, they found that patients and staff had “barricaded themselves within the doctor’s office.”

Gordon described the traumatic ordeal to the Jewish Link, stating that she was with her 10-year old daughter who was there for an appointment. When the attacker began his anti-Semitic rampage, they were already in the bathroom.

Gordon opened the door only to be confronted by the hammer wielding assailant, whose arms were dripping with blood from the glass door he had just shattered.

He screamed at them: “Are you Jewish?”

“It was all women and children and I heard him go around asking everyone, ‘Are you Jewish?’” she said.

Locking the bathroom door, Gordon called 911 and grabbed a spray can of bleach to use as a weapon. Her scared and crying daughter hid behind a garbage can.

Barricaded in the bathroom, they continued to hear people screaming.

While officers were searching the medical center for Cole, a 911 call was placed that a man wielding a hammer was smashing the front window of Parisian Cleaners.

“Patrol Officers responded to this location and apprehended Mr. Cole without incident with the assistance of Bogota and Leonia Police Officers,” said Teaneck police.

Police were able to track down Cole by following a trail of blood.

“During the course of the investigation, Mr. Cole showed indications indicative of mental illness and was transported to a local hospital for treatment and evaluation.”

According to the police report, a receptionist at the doctor’s office sustained an injury to her nose after a piece of glass hit her in the face causing a laceration.

Cole is currently in police custody while he is being evaluated at Holy Name Medical Center. Once the evaluation is finished, he will be turned over to the Bergen County Sherrif’s Department pending an appearance in Superior Court.

Cole is not being charged with a hate crime, which has Gordon upset.

“What is the goal of having bias or hate crimes [laws] if this doesn’t qualify?” said Gordon.