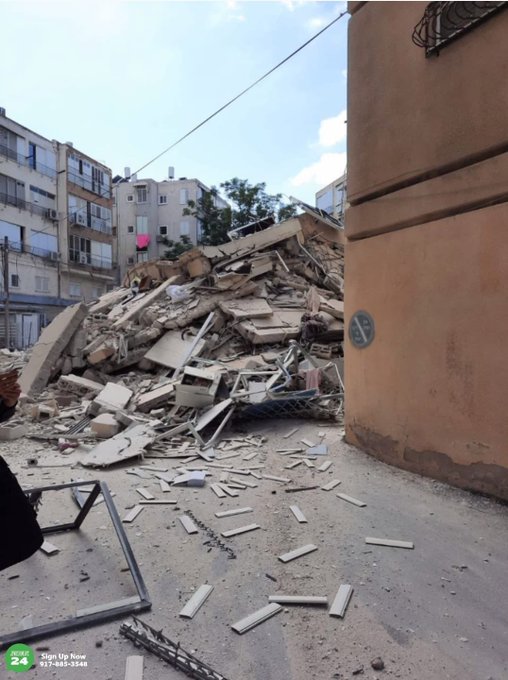 A residential apartment building in Holon collapsed on Sunday afternoon, a day after 36 families were evacuated from the building, as was reported by the Yeshiva World Nwes web site.

Israel Fire and Rescue Services evacuated the residents of the building on Shabbos morning after they were called to the site due to the sound of a blast in the building.

The rescue crew discovered that significant cracks had formed in the building and some residents were trapped in their apartments as they couldn’t open their front doors due to a shift in the building’s shape, according to the YWN site.

Another view of the building collapse in Holon, near Tel Aviv. #buildingcollapse @Israel @TelAviv pic.twitter.com/O5I2UsCcG4

Rescue workers evacuated the residents and the police closed off the street next to the building. TWN reported that residents were told they could not return to the building as it was at risk of collapse, a decision supported by municipality engineers who carried out an inspection of the building. However, no one anticipated that the building would collapse literally the next day, with almost all of the residents’ possessions still in it.

Following the collapse on Sunday, police and rescue workers carried out a safety assessment of the area and engineers from the Holon Municipality inspected the buildings adjacent to the collapsed building to assess how the collapse affected their stability, as was reported by YWN.

The area around the building has been closed to the public.

US accuses Israel of hiding shocking exposure of pro-terror nonprofits; Israelis say ‘we told you’