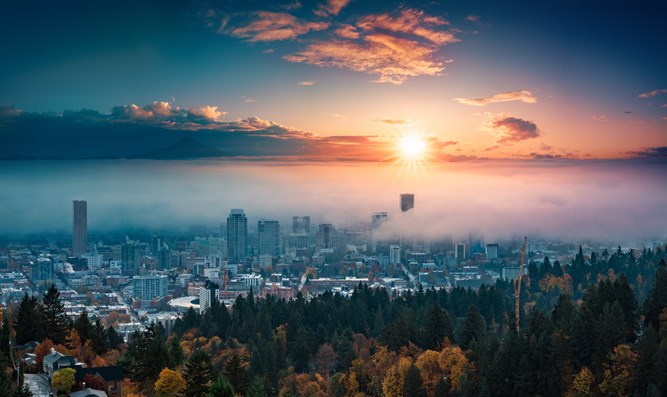 by Dan Verbin (A7) man from Buxton, Maine accused of posting on Twitter a threat to “kill Jews with my AR-15” during the High Holy days has been charged with transmitting threatening interstate communication.

The charge is a federal offense, WGME reported.

The threatening social media posts were made at approximately 9 a.m. on September 8, the second day of Rosh Hashanah.

According to documents filed with the US District Court in Portland, Maine, Brian Dennison, 24, also allegedly said he was building a pipe bomb, the Bangor Daily News reported.

The FBI was soon notified about the threat, court documents revealed. FBI agents went to Dennison’s home the same day.

The suspect, who lives in a garage apartment above his parents’ house, would not speak to the agents and asked them to leave. However, they did speak to his parents.

“They told us that Brian had been obsessed with Jews for about three years, and that he believed Jews were responsible for all of his problems. They said they had many concerning conversations with Brian regarding Jews,” the court affidavit stated.

Dennison’s parents also said that their son owned “a few pistols and rifles, including an AR-15-style rifle” that were not kept in a locked gun safe.

After the FBI agents’ visit, Dennison reportedly deleted the tweets.

The day after, the FBI came back with a search and seizure warrant for Dennison’s cell phone, court documents revealed.

Dennison was arrested on Sunday. The US Attorney’s office has asked the court not to grant him bail. He faces up to five years in prison and a fine of up to $250,000.

US easing virus restrictions for foreign flights to America