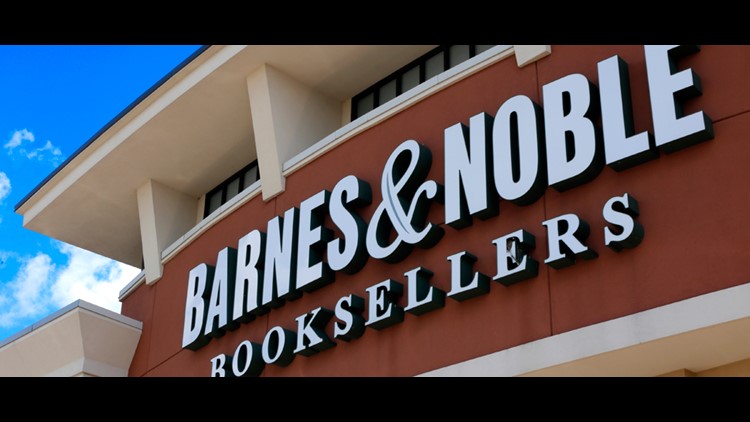 As people muddled through the pandemic that kept many of under lockdown, it appears that the copious amounts of spare time that we had on our hands went to some good use. According to a report in the NY Post, our literary hankerings are at an all time high and people are devouring books. And that means traditional books that one does not read on a cell phone or computer screen or even listen to as an audio book. That’s right, the old fashioned kind with print on paper, a spine and a cover.

When there is a demand for just about anything, there is someone close by to cash in on trends that can be lucrative. In this case, the Barnes & Noble chain has reported that book sales growth are in the double digits this year so far as compared to 2019, prior to the emergence of the dreaded coronavirus pandemic.

Having been in the book selling business for 125 years, two years ago Barnes & Noble was taken private, according to the Post report, by Elliott Management for $683 million. This company happens to be the hedge fund of billionaire Paul Singer.

Barnes & Noble had felt the weight of competition from Amazon and other online book sellers and as such the company began to crumble. Thanks to teenage and tween demographic Barnes & Noble credits the surge in book buying to them. The Post reported that the sales of Manga or graphic novels have increased by as much as 500 percent at some stores. The paper reported that the book store is the venue that is attracting young adults on Friday and Saturday nights.

A market research company known as NPD Group reported that sale of print book in the US has seen a 12 percent increase this year through August as compared to the same period last year, as was indicated in the Post report. From 2019, over the same period of time, book sales are up by 20%.

Speaking to the Post, Barnes & Noble Chief Executive James Daunt said, “Double-digit growth in books has not happened since Amazon came along.”

Prior to running Barnes & Noble, Daunt was with Elliott Management’s Waterstones book chain in the United Kingdom. The Post has reported that Elliott Management is quite positive about the uptick in book sales as they are working on a plan that would eventually bring the bookseller back onto the public markets, according to the Post. If that is not a viable option, then perhaps the fund would consider selling to another private buyer.

Daunt has already witnessed changes in the Barnes & Noble revival effort. The Post reports that such revisions include an interior overhaul of the chain’s 600-plus stores and a new management philosophy that empowers local bosses to make more decisions about which books they’ll stock.

Daunt also said that total sales at Barnes & Noble are six percent higher from 2019 and that is with fewer stores. Currently, there are 605 branches of B&N throughout the country as compared to 628 in 2019.

The Post reported that Paul Best, a portfolio manager for Elliott and the head of private equity for the company’s European division has said that B&N is more profitable than it once was.

Speaking to the Post, Best said: “It was going through a prolonged period of decline in both revenues and profits — for a decade at least. Two years in, the team has halted the decline and now has a base from which to grow revenues and profit.”

Daunt said that B&N plans to open 12 new stores in early 2022 after having opened eight more so far this year and closing some this year and last year.

This news has grabbed the attention of publishers who are standing up and taking notice of the changes in B&N and their remarkable resurrection.

In an e-mail sent to the Post, Michael Pietsch, CEO of Hachette Book Group said of the improvements made to B&N:  “We are seeing the positive effects of better store layouts, recommendations, refreshed selections, and livelier merchandising and display, and operational improvements, all of which are leading to increasing sales.”

As to whether book sales will continue to increase when thw pandemic becomes history is not known at this juncture but it does have industry experts speculating about the future of book sales.

Jane Friedman, a book publishing consultant told the Post that “Everyone is wondering whether this is a permanent shift or how long it will stick, but right now almost every category is up.”