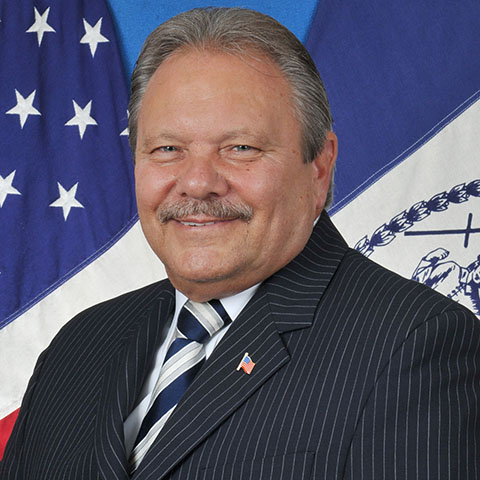 Three top NYPD executives are receiving pensions from their time on the force while simultaneously earning six-figure salaries for their current jobs.

The Post uncovered the double dipping in a review of payroll and pension records. Last month, the Post had also reported that former NYPD Chief of Department Terence Monahan was collecting both a pension and a taxpayer-funded salary, thanks to a legal loophole.

Pensioners employed in a civilian role by a public benefit corporation, which can include a City Hall gig, can collect both a pension and an uncapped salary, thanks to a 1997 decision by the city’s Law Department, explained DCAS spokesman Nick Benson.

As per the Post, Reznick, 70, began collecting a $177,825.72 annual pension 19 months after changing titles from chief of internal affairs to deputy commissioner of internal affair, as per public data and pension records.  The pension is in addition to his $241,116 salary.  The now-civilian IAB head boasted in his LinkedIn profile how his job title was tailor made for him “due to a ridiculous restricted age requirement” limiting uniformed service to age 63. “This new title basically allows me to work in my current assignment with no ‘age limit’ applied,” wrote Reznick.  The title change also allowed him to pull both pension and salary beginning in 2016, while working in an unchanged role.

Miller commended the three men, saying that they could have left for “more lucrative” jobs in the private sector, but decided “to remain [in public service] at the request of multiple police commissioners because of their unique talents and abilities.”  “[They], under the civil service law, are entitled to the pensions that they earned,” he said.