NYC Restaurateurs: It’s Not Our Job To Enforce Vaccine Mandates - The Jewish Voice

NYC Restaurateurs: It’s Not Our Job To Enforce Vaccine Mandates 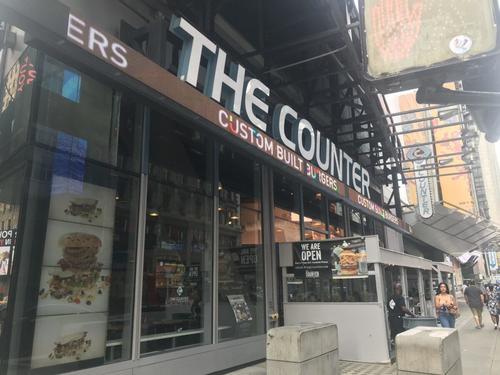 By Enrico Trigoso of The Epoch Times,

On Aug. 17, New York City started requiring restaurants and gyms to check guests and workers for proof of COVID-19 vaccination, as well as photo ID.

The Epoch Times interviewed local restaurant owners about their opinions on the vaccine mandate.

Stratis Morfogen, the principal Director of Operations for Brooklyn Dumpling Shop told The Epoch Times that his business was always at the forefront of safety, and even came up with a 40 step safety plan, compared to only 12 steps mandated by the city.

Morfogen believes that the city didn’t plan properly for this mandate, and that the pieces of cardboard signed in pen that they were giving out as proof of vaccination earlier this year were too backward technologically.

“They didn’t plan properly knowing that a vaccine was coming. By last summer, they should have started working on their apps, and their central database, and their technology aspects of creating a place where everybody can share data, and unfortunately they didn’t do their homework,” he said.

Two months later the apps for vaccination proof started coming out, but there were too many people already vaccinated by then.

Referring to an app called “Go pass,” Morfogen said not everyone has it because it came out months after they were vaccinated, and not everyone is so tech-savvy.

“The government, city especially, and the state have not given us the proper tools to crosscheck, to see if this piece of paper written in pen is validated. It reminds me of my learner’s permit from 1983.”

“I can’t tell people to put something into their body. I can advise them on what food and drink they can have and protect the safety of my product, but I can’t tell a pregnant woman, ‘you can’t come into my restaurant tonight because you’re not vaccinated,’ or I can’t tell someone that has a religious belief, who doesn’t want to take the vaccine for religious standards. It’s not my job to do that.”

T.J. Provenzano, manager of Rosella restaurant in Manhattan, hopes the mandates don’t have an effect on his business.

“We don’t want to get shut down again, I’ll tell you that much,” Provenzano said. “But I certainly don’t want to be the enforcer of city and state law.”

“If there’s a law made and if that’s the way they would like it to be, then let them figure out how to enforce it. Why is it my responsibility?”

“It’s frustrating, but at the same time we do not want to get shut down. We’ll do anything they say,” he added. “We’ve got to stay in business.”

The Epoch Times reached out to PUBLIC Hotel for an interview after it was applauded by NYC Mayor Bill de Blasio for its early enforcement of the mandates. The doorman acknowledged the request, but upon checking with the management, the doorman returned and repeatedly advised, “we have nothing to say to you.”

An employee of Suki, a Japanese curry and ramen restaurant, told The Epoch Times that she doesn’t trust the vaccine and doesn’t want to get vaccinated.

“I really don’t want to get vaccinated because I don’t trust how fast it was created,” Ruth Caraballo said. “I think it will affect these businesses, … all of them, because some people like me, we don’t want to get vaccinated and, if they don’t accept the vaccine, how can they come and eat here. They’re not allowed to eat here because of the vaccine. So I think it’ll cause disruption.”

Enforcement for the mandate is set to start on Sept. 13. Restaurants have already been affected gravely due to the pandemic. A custom burger business called “The Counter,” located near Times Square, believes it will have to shut down if only vaccinated people can come in.