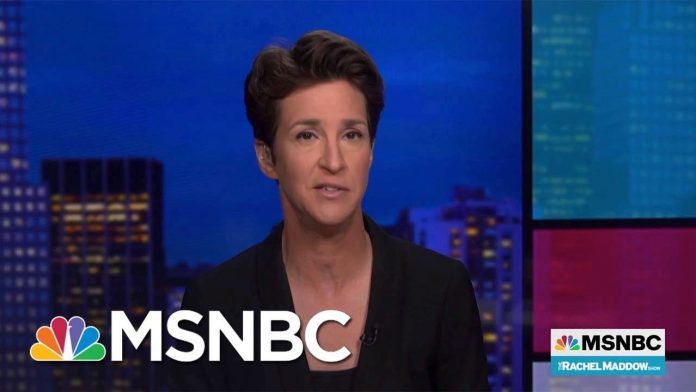 In the lawsuit, filed in the U.S. District Court in the Eastern District of Texas, lawyers for Nunes argue that Maddow’s criticisms of the congressman are based on his “emergence as the most prominent skeptic in Congress of Maddow’s marquee news narrative from 2017 to 2019: that the Trump campaign colluded with Russians to hack the 2016 presidential elections.”

The suit specifically disputes Maddow’s comments during her show on March 18, during which she suggested that Nunes refused to turn over a package he had reportedly received from the suspected Russian agent to the FBI.

But the congressman’s attorneys claim that the network knew that the California lawmaker had told other reporters that he had given the package in question to the FBI and that MSNBC failed to ask him for a comment.

Over the last year, judges have rejected three other libel or defamation lawsuits that Nunes has filed against CNN, the Washington Post, and Twitter, according to The Wrap.

In February, a federal judge rejected a libel lawsuit the Republican filed against CNN regarding their reporting on his attempts to find unflattering information concerning now President Joe Biden’s dealings with Ukraine, according to The Hill.

Late last year, Nunes also had a defamation lawsuit against The Washington Post dismissed after he sued the newspaper for reporting that intelligence official Shelby Pierson informed members of the House Intelligence Committee that Russia had “developed a preference” for former President Donald Trump.

Earlier that summer, a judge rejected a third lawsuit the congressman had filed in 2019 against Twitter and the creators of two parody accounts that mocked him online.

Joe Biden goes to the beach