President Joe Biden urged private businesses to “step up with vaccine requirements” for employees, forcing them to get vaccinated despite looming hesitancy and personal concerns, all while failing to address the crisis in Afghanistan during a public address on Monday.

“I’m calling on more companies in the private sector to step up with vaccine requirements that will reach millions more people,” the 78-year-old president said as he delivered remarks at the White House following the Food and Drug Administration’s (FDA) approval of the Pfizer vaccine for those 16 and older.

“If you’re a business leader, a nonprofit leader, a state or local leader, who has been waiting for full FDA approval to require vaccinations, I call on you now to do that — require it,” Biden said. “It only makes sense to require a vaccine to stop the spread of COVID-19.”

Biden also urged Americans, who suggested they would not get the shot after it had full FDA approval, to get vaccinated.

“It has now happened,” he said. “The moment you’ve been waiting for is here.” 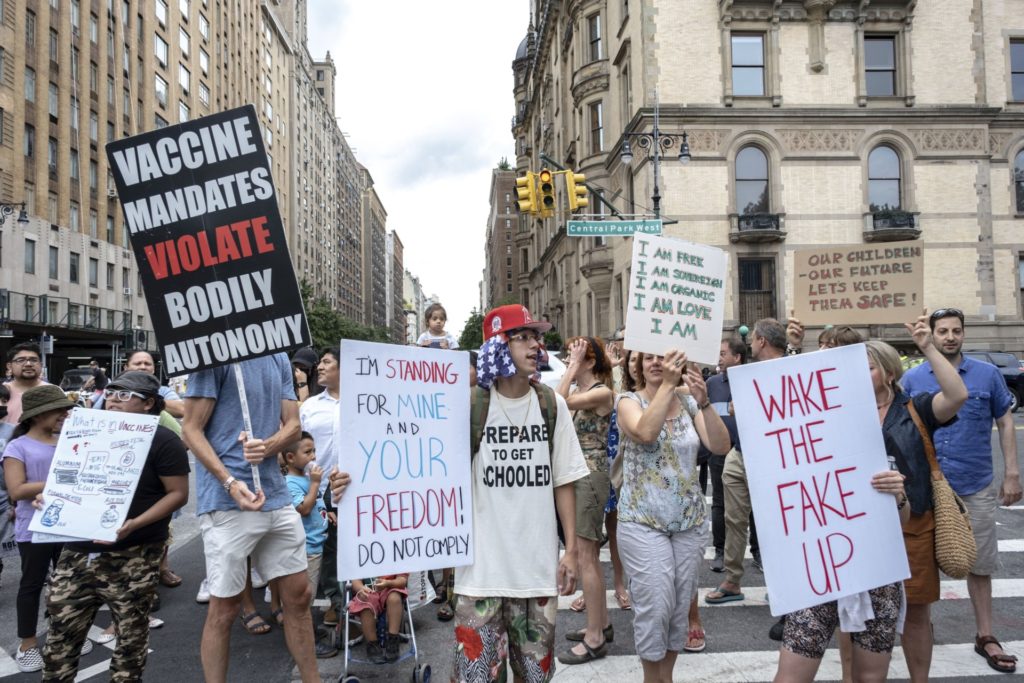 Biden’s push follows aggressive mandates from local leaders, such as New York City Mayor Bill de Blasio (D), who this month introduced the controversial Key to NYC Pass — an initiative ultimately forcing indoor restaurants, gyms, and large venues to discriminate against the unvaccinated by denying them entry or service.

“We know human nature. A lot of people hearing there’s a requirement or requirement coming respond to that. It’s normal. It’s natural. The voluntary phase was great,” de Blasio said.

“[It] went on for seven full months, lots of incentives, lots of dialogue, lots of communication, lots of opportunity to talk to your doctor or pediatrician. The voluntary phase is over,” he declared.

New York City Businesses failing to comply could face fines up to $2,000, although enforcement is not expected to begin until September.

At the time, Biden explicitly condoned de Blasio’s mandate, telling a reporter, “I do” after being asked if he believed states and cities should take similar action.

Notably, Biden failed to address the crisis in Afghanistan once during his speech and did not take questions afterward.