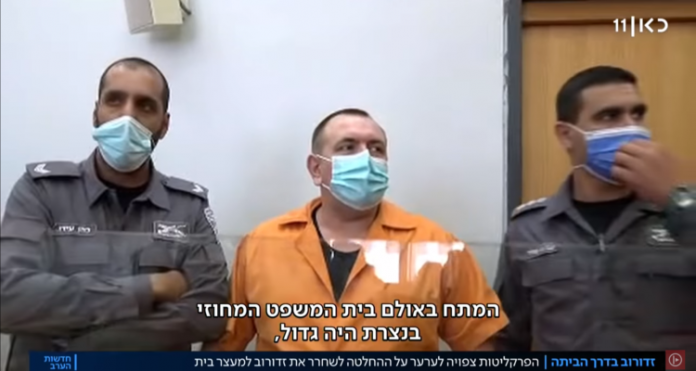 An Israeli judge declared Wednesday that Roman Zadorov, who was convicted of brutally murdering a 13-year-old girl in 2006, should be released from prison to house arrest as the state prepares to retry him for the crime.

Zadorov was a custodian at a middle school in the northern Israeli city of Katzrin. After Tair Rada, a student at the school where he worked, was found stabbed to death in the girls’ restroom, Zadorov was arrested and charged with her murder.

Although Zadorov initially confessed to the crime, he said he did so because of intense police pressure and subsequently recanted.

DNA evidence at the crime scene, including blood and hair, were found not to be a match for Zadorov.

The case has captivated the Israeli public for the last 15 years, as Zadorov’s wife Olga waged a public campaign to get her husband’s conviction overturned.

In July, Rada’s mother told Israeli media that she was convinced the police and prosecution had made serious errors during the investigation and trial, and that she believed that Zadorov was not her daughter’s killer.

She said she believed one of the girl’s classmates had killed her and that the police had not properly investigated that possibility.

During a hearing to determine whether Zadorov should be retried, “there was one girl who said, ‘I know who killed Tair,’” Rada told Ynet.

“The judge asked [the police], ‘How did you continue the investigation?’ and they replied, ‘We talked to her but she said she was not prepared to testify.’”

Last week, a judge declared that Zadorov is entitled to a retrial.

His original murder conviction has not been overturned– however, the state could choose not to move forward with an additional trial against him.

As the prosecution mulls whether or not to prepare the case for a retrial, Zadorov will be on house arrest at his wife’s parents’ home in Katzrin. He will be fitted with an electronic monitoring bracelet.

The State has not given an exact date on which Zadorov will be released.