Knesset member Galit Distel-Atbaryan of the Likud Party, who says Facebook targeted her for her right-wing views, introduced a law in June to give citizens recourse should they find themselves out of favor with the social networks.

“The Social Networks Bill,” in its explanatory section, says that while online networks like Facebook want to prevent undesirable phenomena such as radicalization and violence, “it seems that the removal of content and the blocking of users is done arbitrarily, without the users being given the opportunity to understand the reason for the blocking, and without the actual possibility of appealing it.”

The bill requires social networks to clearly state their policies for removing content and blocking users by providing “an available response in the Hebrew language for the investigation of complaints” and to provide a way for users to query about removal policies.

The bill also clarifies when users can seek damages in court, permitting “litigation against the social networks operating in Israel under Israeli law, in order to prevent the situation of a legal vacuum in which damages are created without redress

The proposed law is identical to one introduced by former Knesset member for the Likud Amit Halevi in November 2020. Distal-Atbaryan decided to resubmit it.

“It’s a very important law because what we see now is, on the one hand, privatization of the vehicles of speech, and on the other hand, monopolization of the vehicles of speech,” Jerusalem-based attorney Itzhak Bam told JNS. Bam has built a reputation in Israel as an authority on free-speech issues, having represented many free-speech cases in court.

Some argue social-media networks are private companies and should be allowed to block whom they want, said Bam, but the problem is an oligopoly exists, with a few companies, like Facebook and Twitter, controlling most of the market.

“If you have two or three major players that provide the playground and those players virtually control your ability to exercise your freedom of speech, and all the discussion of public issues is now happening on social media, blocking speakers on social media affects the democratic process,” he said. 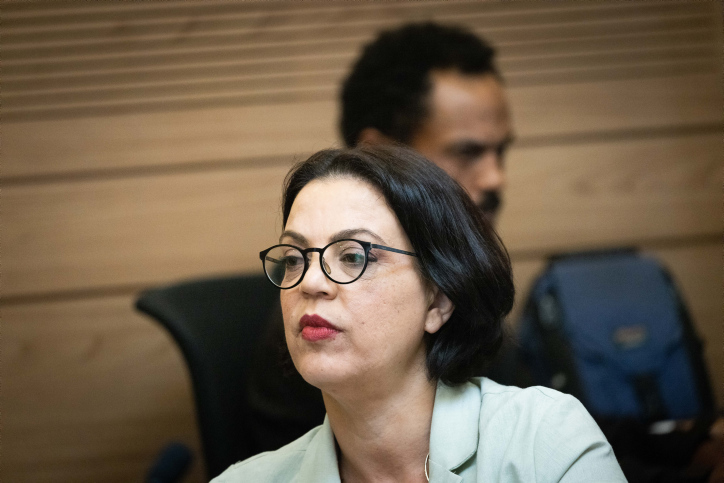 “If you had 1,000 different companies competing against each other, you have no justification for the government to step in. But when it’s an oligopoly that rules the social-media market and the market affects civil rights, there should be a possibility for citizens, for a private person, to sue them if they silence him,” said Bam.

Whether or not social media is specifically targeting those with right-wing views isn’t possible to know for certain, he said, because only the companies have that information.  The information “is in the hands of Facebook and Facebook will never release it.”

However, Bam noted that “there is an induction method when from many parts you can draw a conclusion even if you don’t see the whole picture. If you have hundreds of claims of right-wingers that they are banned and there aren’t similar complaints on the left, it means something.”

Likud Knesset member Distal-Atbaryan has no doubts that only one side is in the social-media’s crosshairs. At a June 21 Knesset meeting she organized for Israeli citizens, public figures and fellow Knesset members, she described how she had been warned by Facebook a week earlier that she had violated its “community standards” in a post two weeks beforehand. Her account was temporarily restricted.

“I’m a member of Israel’s parliament. To do that without explanation, in an arbitrary way to someone who represents the public, that’s a very grave act in my eyes,” she said.

‘This is no longer speculation.  … This is real’

The post that led to the warning was a call in early June to protest at the home of Knesset member Nir Orbach of the Yamina Party. It was an attempt to convince him to vote against the formation of a government with left-wing parties. Orbach’s home address was included in the post. It was that which led to the warning, she was later told.

“What’s surprising in this story is that both left and right protested in front of the home of Nir Orbach. The posts that advertised the left’s protest were not blocked. The posts that advertised the right’s protest were blocked,” she said. “Here’s an incident in which it’s possible to see it in an almost mathematical way, almost scientific—the same contents, blocked on the right, continuing to run on the left. This is no longer speculation. … This is real.”

At the meeting, both Attorney Kinneret Barashi and Knesset Member Simcha Rothman pointed out social-media censorship in Israel is in one way worse than in America because for Israelis Facebook is a foreign company. “You can’t have a company here that will make rules that harm the Basic Laws of the state,” said Barashi.

Avi Abelow, CEO of Israelunwired.com and Pulseofisrael.com, said that he favors any law that makes social-media companies liable for their censorship. On July 1, he told JNS that everyone associated with his business had their personal accounts disabled. “I never received any explanation why we were all terminated. It wasn’t like a notice of ‘you’re in Facebook jail’ or ‘this post violates this’—nothing. It’s just ‘you’re suspended and you have 30 days to appeal. For what? No reason.”

On July 7, he informed JNS that his account and those of his staff had been reinstated. Again, he says, “no reason.”

Abelow said he was one of the first victims of Facebook and Google censorship. “We witnessed this social-media censorship since 2016,” he said, adding that it “killed our ‘Israel Video Network’ presence. We had to reinvent ourselves under a different name.”

He said what attracted their attention in 2016 was “our very pro-Israel stance,” and the connection his company drew between Islam and terrorism. “Those posts were constantly being flagged.”

“We used to have access to our backend analytics of Google advertising and Facebook advertising, and we would see when they pulled advertising off of content and the reasons they were giving and it was all basically ideological reasons,” he said.

Abelow said his company had been active on Twitter, too. “We used to get tons of traffic on Twitter and then we were censored. … I have been basically shadow-banned—where no matter how many followers you have, whenever you post something it gets very little distribution.”

He said the censorship started “after the progressive social-media tech elites of Silicon Valley blamed themselves for [President Donald] Trump’s win. They basically said we are going to make changes to not allow Trump to win again. … Then they started making algorithm changes to fight against what they called ‘fake news.’ ”

“I’m on borrowed time,” said Abelow. “The trajectory of the online censorship and tools that social-media companies, Facebook among them, are using to try and cancel out voices and accounts is just growing.”