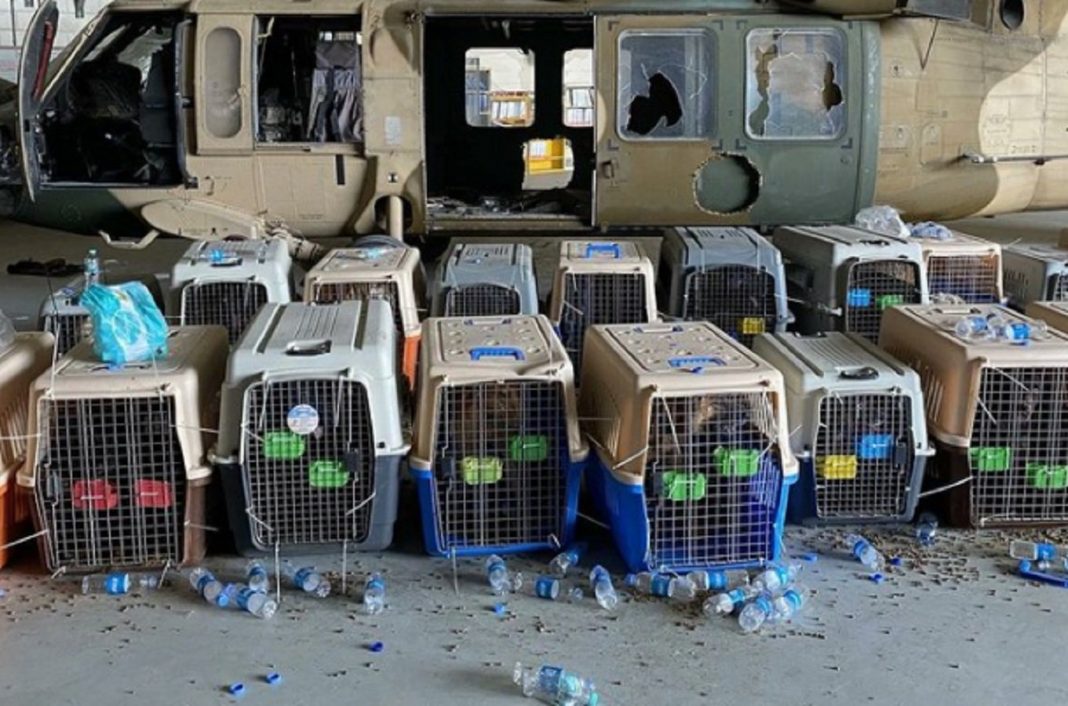 Sometime on Tuesday President Biden is scheduled to speak about Afghanistan, and will try to portray the Afghanistan pullout as a smashing success. Democrat political pundits on CNN and MSNBC will begin their difficult task of spinning away this unmitigated disaster, the goal to make it go down the collective memory hole.

Meanwhile, social media revealed 150 military Sheepdogs were left behind in Afghanistan, causing even more outrage. Twitter User “Veteran Sheepdogs of America” is raising money to secure a Jet to Afghanistan to rescue some of the active work dogs and 150 stranded people. Currently the stranded dogs are receiving no coverage, outside of alternative media

1/2 URGENT!!
We need your help! We have 150 plus working & diplomat dogs that were left behind in Kabul. We have the funds for the flight out to the US, we are working to get the waiver from the CDC for the dogs & raising funds to take care of the dogs when they get to the US.

Meanwhile, social media has revealed the horrific acts of terror being committed in Afghanistan. Lara Logan reported from her sources that house-to-house executions in Kabul following US mil departure.

In another video that has emerged from Afghanistan, the Taliban hung a man by the throat from a Blackhawk helicopter in show of dominance over Biden. The media has continued to downplay the millions of dollars of military equipment the Biden administration essentially left for the Taliban and assorted terrorists to enjoy.

Meanwhile, Democrats have announced they are beginning another campaign against the second amendment.

From senior US source: house-to-house executions in Kabul following US mil departure. There are no words for what this administration has done to all of us – Afghan and American. pic.twitter.com/KzbLALKxGy