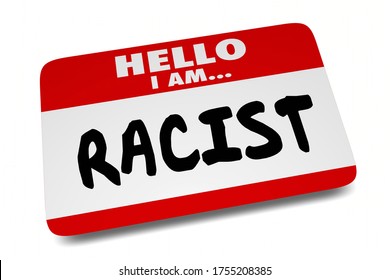 Referring to food as “exotic” creates distance between individuals and groups and “reinforces xenophobia and racism,” according to a recent Washington Post article which, instead, suggests people ask themselves why they are unfamiliar with certain foods and question their willingness to change that.

The Thursday article, written by the paper’s food section staff writer, Daniela Galarza, and titled “Stop calling food ‘exotic,’” begins by quoting a couple who praised Afghan restaurants and referred to the cuisine served as “exotic,” in an old Post essay.

Though she admitted the couple “meant no harm,” their use of the term “exotic” indicates that they see the world through a “presumptive Anglocentric perspective,” according to Galarza.

After receiving letters from readers critical of her inclusion of “exotic” spices and ingredients in her “Eat Voraciously” food-themed newsletter, she claimed the word hit her “like a slap,” leading her to conclude that it has lost its essential meaning.

She also claimed that use of the term, particularly regarding food, “indirectly lengthens the metaphysical distance between one group of humans and another, and, in so doing, reinforces xenophobia and racism.”

Galarza then quotes Chandra D. L. Waring, professor of sociology at the University of Massachusetts Lowell, who claimed that the term is only used to describe something non-white.

“I have never heard the word exotic used in reference to something that is White,” the professor said.

“Like ethnic and alien, the word exotic was invented to describe something foreign,” Galarza wrote, despite admitting that foreign often implies something positive.

Claiming that “language is never inherently neutral,” Galarza argues that the supposed history of the term is inseparable from its usage.

“It’s been a long time since European explorers traveled the world in pursuit of wealth, spices, coffee, tea, chocolate and places they would colonize or people they would enslave — in short, things they would label exotic — but that history is inextricable from the word,” she wrote, before quoting others who agree.

“It’s completely tied to the history of colonialism and slavery,” Serena J. Rivera, assistant professor of Portuguese and Spanish at the University of Pittsburgh, is quoted as saying. “If you are exotic, if you’re automatically an ‘other,’ you’re not one of us.”

Calling continued use of the word “an attempt at ostracizing the other in the service of empowering oneself,” she then quotes Rivera again, stating, “Calling a food exotic puts the onus of the puzzle on the people who make the food to define it, to rationalize, explain, or whitewash it until it’s palatable to the dominant culture.”

Claiming that Americans have access to nearly anything today at their general grocery store, Galarza then quotes author Lisa Heldke who states, “By exoticizing a food even though it’s actually accessible, you’re assigning it a value that’s lower than the status quo.”

“[R]ecipes are not just instructions, they’re documentation. They’re history. They’re representations of a culture. That’s why the language we use to describe any type of food should be regularly questioned,” she wrote.

Quoting food and recipe writers Priya Krishna and Yewande Komolafe, Galarza criticized the assumption publishers make that their audience is “made up of White readers who demand what’s convenient for them above all else.”

Praising recipe site Epicurious’ announcement last year that it would be combing through its site’s archives to “edit or ‘repair’” recipes that had been “put through a white American lens,” Galarza highlighted that the term “exotic” was one of the first to go.

“One of the first issues ‘repaired’ was use of the word ‘exotic,’” David Tamarkin, Epicurious’ then-digital director, was quoted as saying then.

“I can’t think of any situation where that word would be appropriate, and yet it’s all over the site,” he added. “That’s painful for me and I’m sure others.”

Addressing which word to use instead, Galarza presented a couple of options, ultimately preferring a complete change in perspective.

“It’s not so much about replacing ‘exotic’ with another word, though ‘rare’ or ‘difficult to find’ might be more accurate descriptions for food in some cases,” she wrote. “It’s about reframing your worldview.”

She concluded by suggesting that instead of using a term to refer to foreign food, people should simply become familiar with that food instead.

“Ultimately, there are just two kinds of food: food you’re familiar with, and food you’re not,” she wrote, adding, “If any particular food fits into the latter category, for you, rather than expressing disgust or disdain, ask yourself: Why am I not familiar with it, and don’t I want to change that?”

This is not the first time the Washington Post created controversy over terminology associated with food.

In 2015, Post reporter  Ellie Krieger created a list of terms to avoid using in reference to foods, including “cleanse,” which “has a somewhat morally judgmental tinge to it,” and “skinny,” which “says nothing about what your body needs.”

“Do yourself a favor and replace that word with one that reflects how you want your body to feel, such as energized, strong, or nourished. Reframing your thinking in that direction will probably help you look your best, too,” she wrote.

“[I]t’s time to stop talking about ethnic food as though we’re Columbus and the cuisines served up by immigrants are ours for the conquering,” she wrote.