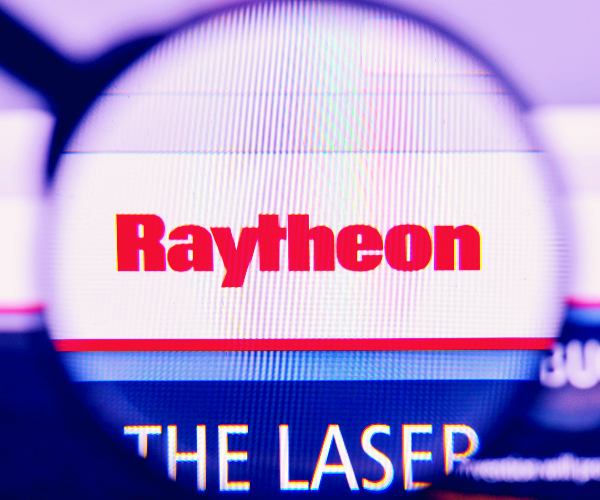 Raytheon Technologies Corporation, the nation’s second-largest defense contractor, has launched an “anti-racism” program that promotes critical race theory, rejects the principle of “equality,” and instructs employees to “identify [their] privilege”—or else.

Beginning last summer, the program, called Stronger Together, encourages employees to “becom[e] an anti-racist today.” Raytheon CEO Greg Hayes supported the campaign by signing an Action for Diversity & Inclusion statement, promising to “promote diversity” and “cultivate meaningful change for our society,” then asking all Raytheon employees to sign the pledge and “check [their] own biases.”

Beneath the platitudinous public statements, however, the Stronger Together program relies heavily on critical race theory and manipulative pedagogical techniques.

According to documents and videos I have obtained from a corporate whistleblower, the program begins with lessons on “intersectionality,” a core component of critical race theory.

Intersectionality maintains that the world can be divided into competing identity groups, with race, gender, religion, sexual orientation, and other categories defining an individual’s place within the hierarchy of oppression.

In a workshop entitled “Developing Intersectional Allyship in the Workplace,” diversity trainer Rebecca York explained to Raytheon employees that critical race theorist Kimberlé Crenshaw developed the concept of intersectionality to expose “interlocking systems of oppression” and “break down power into privilege and marginalization.”

In a related lesson, Raytheon asks white employees to deconstruct their identities and “identify [their] privilege.”

The company argues that white, straight, Christian, able-bodied, English-speaking men are at the top of the intersectional hierarchy—and must work on “recognizing [their] privilege” and “step aside” in favor of other identity groups.

According to outside diversity consultant Michelle Saahene, whites “have the privilege of individuality,” while minorities “don’t have that privilege.”

The program then tells white employees to adopt a new set of rules for interacting with their minority colleagues. Employees should “identify everyone’s race” during conversations, “including those who are White.”

According to the document, white employees must “listen to the experiences” of “marginalized identities” and should “give [those with such identities] the floor in meetings or on calls, even if it means silencing yourself to do so.”

This process of voluntary racial silence is a “win-win,” because “you learn more when you listen than when you speak.”

Next, in a chart titled “What Not to Say to Your Black Colleagues Right Now,” Raytheon instructs white employees never to say that they “pray things change soon” or hope that social tensions “calm down,” which “says [their] comfort is more important than the message of anti-racism.”

Whites should acknowledge that their own discomfort is only “a fraction” of the emotional distress of black employees, who are “exhausted, mentally drained, frustrated, stressed, barely sleeping, scared and overwhelmed.”

The goal of these groups is ostensibly to “advance an inclusive culture,” but in practice, such “affinity groups” often serve to create division and suspicion in the workplace.

In a collection of recommended resources, the company includes an article, “75 Things White People Can Do for Racial Justice,” encouraging white employees to “defund the police,” “participate in reparations,” “decolonize your bookshelf,” and “join a local ‘white space.’”

In another recommended resource, the “21-Day Racial Equity Habit Building Challenge,” employees are asked to learn about the “weaponization of whiteness,” quantify the “racial composition” of their friend groups, and “interrupt the pattern of white silence.”

What is the end goal of this program? The rejection of the principle of equality under the law.

A Raytheon toolkit explicitly instructs employees to oppose “equality,” defined as “treating each person the same . . . regardless of their differences,” and strive instead for “equity,” which “focuses on the equality of the outcome.”

The company claims that the colorblind standard of “equal treatment and access to opportunities” is not enough; “anti-racist” policies must sometimes utilize unequal treatment to achieve equal outcomes.

For now, most Raytheon employees have remained silent, but discontent is growing in the corporate headquarters.

Unless Raytheon executives have a change of heart, the company has set itself on a course of racial division.

Christopher F. Rufo is a senior fellow and director of the initiative on critical race theory at the Manhattan Institute. He is also a contributing editor at City Journal. Read Christopher F. Rufo’s Reports — More Here.