Olympic medalist's father: I couldn't breathe for the last 30 seconds - The Jewish Voice

Olympic medalist’s father: I couldn’t breathe for the last 30 seconds 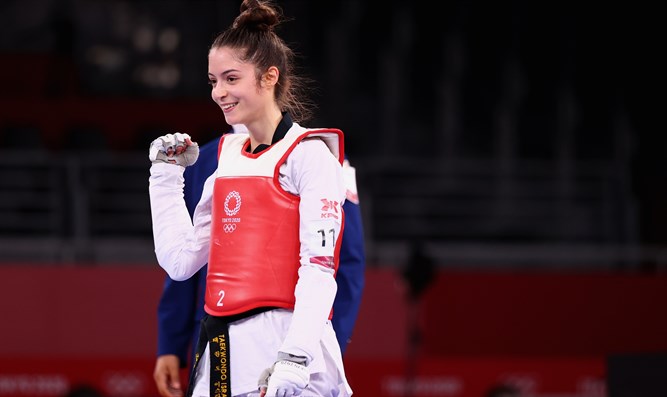 (A7) Avishag Semberg, 19, made history by becoming the first Israeli to win an Olympic medal in taekwondo and the first to represent Israel in the sport.

Oren, the father of the bronze medal-winning taekwondo fighter, told 103FM that he was not at all surprised that his daughter won the coveted medal: “I knew she had a chance. She managed to win the European Championship and absolutely won the criteria competition for the Olympics, she was 12-0 against the best in Europe so it did not surprise us.”

Despite this, during the last fight it seemed that Semberg would not be able to defeat her rival from Turkey. Her father admitted, “It started out excellent like most of Avishag’s fights, with her in control of the fight. In the final seconds of the final round Avishag managed to turn the score around.”

“For the last 30 seconds I couldn’t breathe,” he added.

Oren also said that “Avishag is unique and special in this matter, she is a winner, she does not give up. With Avishag there is no such thing as a loss. That is her character, she can always persevere.”

Semberg contracted the coronavirus several months ago, but this did not derail her Olympic hopes. “Luckily for us, within a month she was able to get back on track but it delayed it. She had a lot of concerns. At the age of 6-7 she started with taekwondo in a community center class and fell in love. At the age of 16 or 17, she left home and moved to a training facility in Ramla, and from there she had all those competitions.”

He later admitted that he had concerns about the taekwondo industry: “I wanted her to be in sports but I did not like the matter of getting into fights so much. I tell her to take care of yourself all the time, she is such a fighter and gives it her all. Most of her injuries are from training because she invests and wants to have stronger opponents to face, she wants to train against men and people who are older than her.