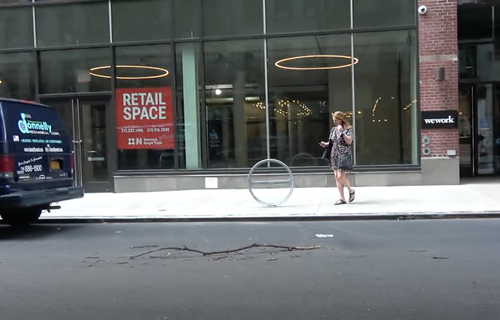 (TJVNEWS) According to the Real Estate Board of New York’s spring 2021 retail market report, rents declined across Manhattan’s prime-time retail shops, with one neighborhood in Lower Manhattan, called SoHo, down 37%.

“Signs of a nascent recovery are tempered by the reality that traffic in most retail corridors is far from approaching pre-pandemic levels,” the report said.

Experts believe that as long as work-at-home continues to dominate, the recovery in Manhattan will remain subdued.

The collapse of asking rents for vacant retail spaces lining the sidewalks along the borough was documented this week by YouTuber “Louis Rossmann” who has 1.56 million subscribers.

In one of the videos titled “NYC’s reopening, but businesses aren’t coming back,” he said you “can walk eight steps” down the street and find a vacant retail shop.

“This is clearly not sustainable – at some point, this [NYC commercial real estate market] will crash – and what people will tell you is that it’s impossible – there’s no way it could crash,” Rossmann said. He noted that some of these places were vacant even before COVID.