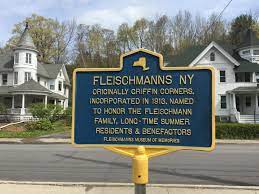 (NYSP) – New York State Police have charged three men with Grand Larceny in the third degree as a hate crime, a class C felony, following an incident that occurred in Delaware County.

On July 24, 2021, at approximately 10:42 a.m., a Jewish man reported that he was walking along Main Street in the village of Fleischmanns when a man got out of a pickup truck and stole the victim’s shtreimel (fur hat).

The suspect returned to the pickup truck, which was occupied by the two other suspects, who all shouted anti-Semitic slurs and then drove off.

Investigators were able to develop information that led them to the suspects. They are identified as: