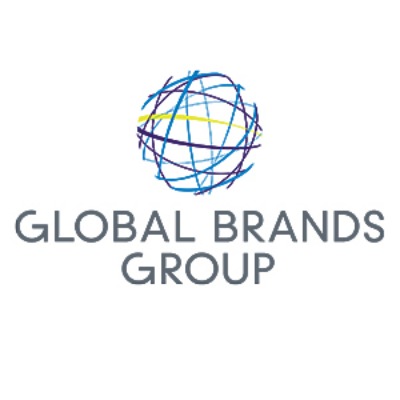 As the deleterious economic impact of the coronavirus continues to be revealed, it was reported on Friday that the North American arm of Global Brands Group (GBG) has filed for Chapter 11 bankruptcy, according to a report in Women’s Wear Daily.

In papers filed in New York Southern District bankruptcy court on Thursday, GBG USA Inc. disclosed between $1 billion to $10 billion in assets and liabilities, and listed between 1,000 to 5,000 creditors, including landlords and brands including Kenneth Cole Productions Inc. and Authentic Brands Group among the top creditors, as was reported by Women’s Wear Daily. It owes Kenneth Cole some $6 million in unsecured trade debt and roughly $3.6 million to ABG, according to court filings.

This revelation comes as no shock to those familiar with the devastating toll the virus took on the apparel industry. Said one insider who spoke on the condition of anonymity, “It is pretty clear that the clothing industry pretty much came to standstill during the last 15 months.  As people were hunkering down in their  homes during the Covid-19 pandemic, they obviously had no reason to purchase new clothing, shoes, handbags, etc. If no one was going anywhere, and that means going into an office to work, or going to weddings or family occasions, then no one need to buy clothes. The only ones who managed to do fairly well were the underwear companies”.

The RetailDive.com web site reported that Global Brands Group is hoping they’ll resume business as usual after their bankruptcy process and is planning to use the bankruptcy sales process to unload assets like inventory. The company is also hoping to sell off assets including Ely & Walker, Airband, MagnaReady, Yarrow, B New York, and Juniperunltd brands. GBG is also planning to sell its Aquatalia footwear brand, with Windsong Global LLC seen as a leading contender to purchase the brand.

In its financial filing, Global Brands Group revealed that they’ve lost 204 million dollars for the year ended in March 2021. This accounts for 92 percent of GBG’s operating losses, according to the RetailDive report.

As WWD reported today, Windsong Global LLC and Hilco Brands, which just purchased a majority stake in Earth Origins, owner of the trademark for Earth Shoes, is the stalking horse bidder for the Aquatalia footwear brand. The bid for $17.3 million was made through a company named WH AQ Holdings LLC, which will serve as the purchaser, while Hilco serves as the guarantor, GBG USA said. The stalking horse bid could face competitors during the process if there are higher or better offers. WH AQ Holdings is majority owned by Windsong.

“Over the past 18 months, the retail landscape has been greatly impacted by COVID-19, creating hardships for us and many others across our industry,” Rick Darling, chief executive officer of Global Brands Group, said in the company’s statement. “Our business has also been impacted by ongoing structural shifts in the retail industry, as well as persistent geopolitical tensions that have disrupted supply chains,” Darling added. “These factors have been especially detrimental to GBG USA.”

WWD reported that the filing followed weeks of speculation about the company’s financial health as it let go of some of its licensed brands including Spyder and Frye, using the proceeds to help repay its lenders. Shares of Global Brands also halted trading this month on the Hong Kong Stock Exchange, as the company struggled to report its financial results, as WWD previously reported.

“We have taken significant steps over the last year to strengthen GBG USA’s financial position while also conducting a thorough review of all strategic options for GBG USA and its brands,” Darling said, according to the WWD report.

“This process resulted in the successful sales of our South Korean Spyder retail operation, the inventory and related assets for two of our brands, Spyder and Frye, and an asset purchase agreement for our Aquatalia brand and business,” he said. “As for GBG USA’s remaining assets, we determined that a court-supervised process to facilitate a sale is the best course of action to maximize value for all stakeholders and address the financial position of GBG USA and the group in a fair and transparent manner.”