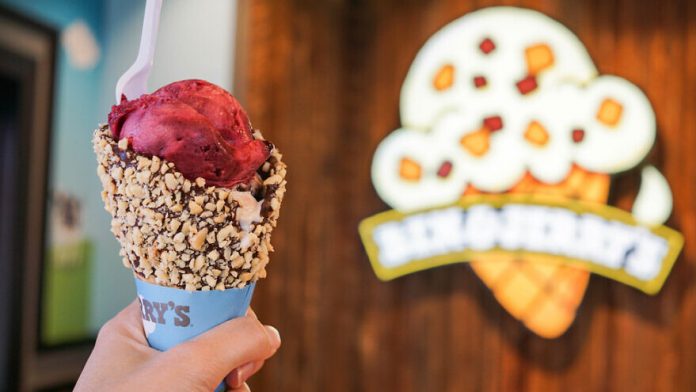 (JNS) New Jersey joined the growing list of U.S. states that announced it is examining ice-cream maker Ben & Jerry’s and its parent company, Unilever, to see if they violated state law against boycotts of Israel.

“The Division of Investment is aware of the situation and is working to determine whether any actions must be taken to ensure continued compliance with the state’s anti-BDS law,” Jennifer Sciortino, director of communications for the state Treasury, said in an email on Friday, according to USA Today.

Press secretary Alyana Alfaro Post said in a separate statement on Thursday that New Jersey Gov. Phil Murphy “was disappointed in the decision by Ben and Jerry’s,” and that “the governor believes we must continue working toward the shared goal of peace and mutual respect.”

The law, passed by New Jersey and 34 other states, prohibits state agencies from investing in pension and annuity funds of companies or individuals that support any boycott of Israel and its settlements in the West Bank. New Jersey’s state legislature passed the law in 2016 with near-unanimous support.

Meanwhile, John A. Catsimatidis, owner and CEO of the Gristedes grocery store chain, announced on Sunday that he authorizes his stores, which mostly operate in New York, “to cut Ben & Jerry’s space by 30% & not advertise until further notice.”

“It’s a tragedy that Ben & Jerry’s has politicized ice-cream,” he added.

Catsimatidis also voiced his support for Häagen-Dazs, which he wrote is a “better” brand “created by a South Bronx family who is pro-Israel.”