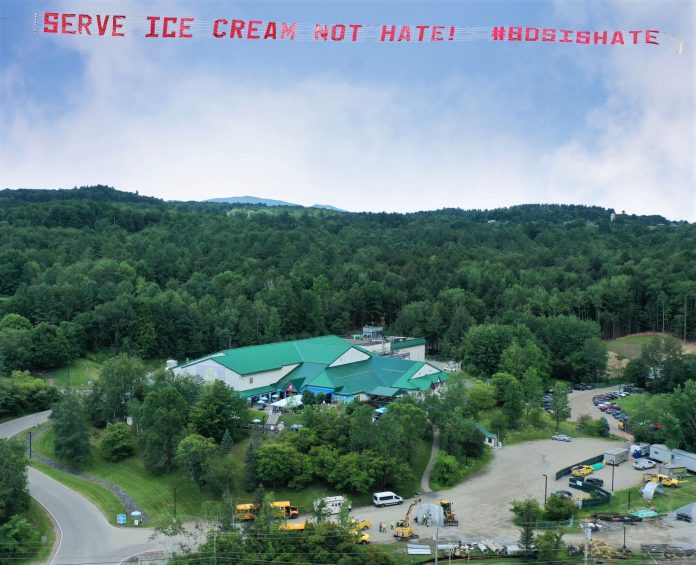 (JNS) – The Israeli-American Council (IAC) flew a banner over Ben & Jerry’s factory and global headquarters in South Burlington, Vt., reading “Serve Ice Cream, Not Hate,” the social-media hashtag #BDSisHATE, and the American and Israeli flags as part of a campaign the IAC launched today demanding Ben & Jerry’s stop their boycott of part of the Israeli population.

The flyover on July 23 kicked off a global advocacy effort that features an online campaign urging people to call on Ben & Jerry’s and its parent company, Unilever, not to align with the BDS hate movement targeting Israel, and to renew the ice-cream maker’s license with its Israeli manufacturer.

On July 19, the longtime ice-cream maker announced that it would end sales in what it called “occupied Palestinian territory,” a move that created an immediate backlash in Jewish communities worldwide.

The IAC stated: “Ben & Jerry’s decision to stop selling its ice-cream to certain Israeli populations is a disgraceful surrender to the BDS hate movement, which promotes a culture of fear and violence and seeks to eliminate the Jewish homeland—the only democracy in the Middle East.”

“Unilever should rid itself of this discriminatory and morally wrong act, stand by its corporate values and refocus its Ben & Jerry’s brand on serving ice-cream and not hate. We urge Unilever to discard this shameful decision, end this boycott and invest instead in peace and prosperity through dialogue.” 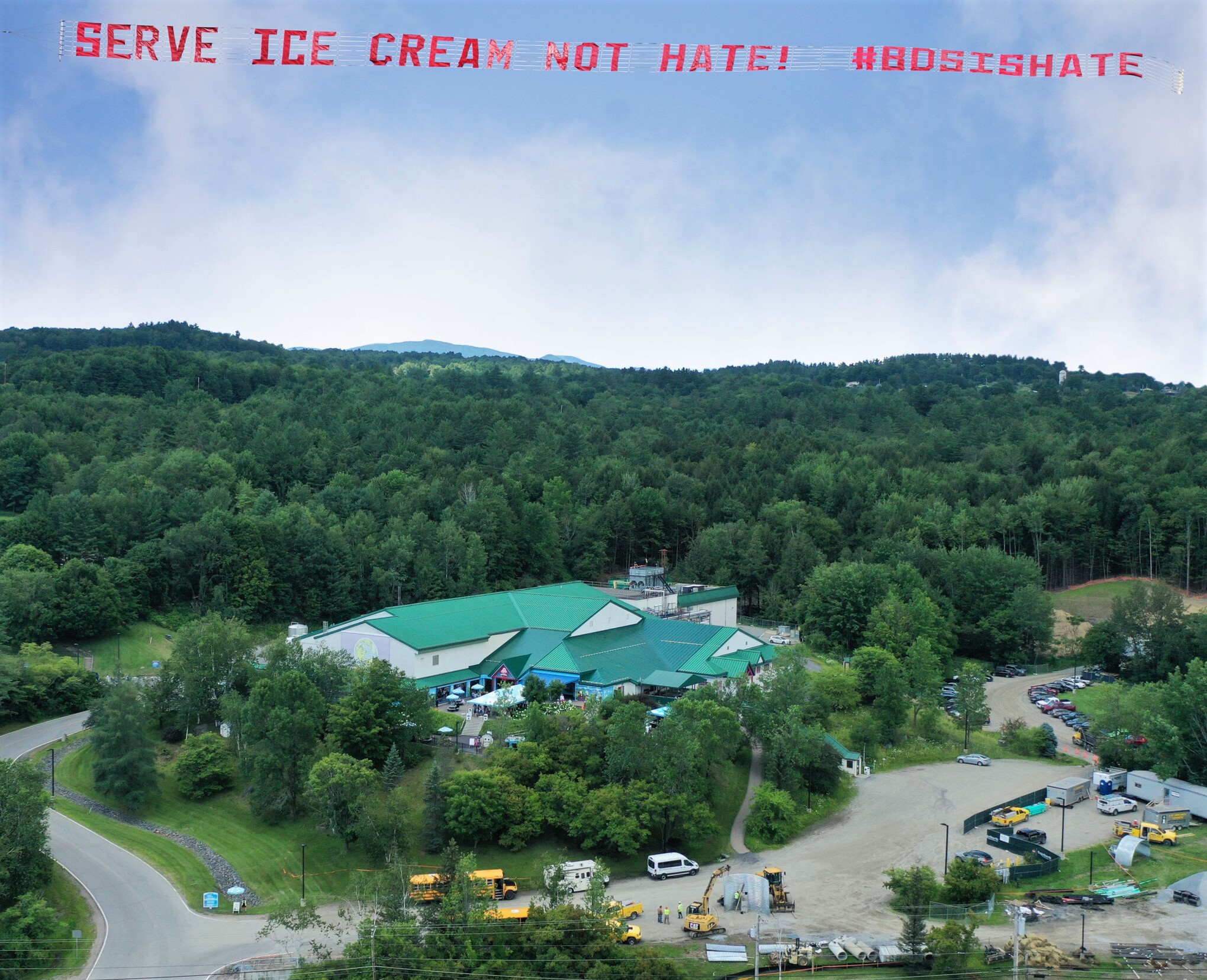