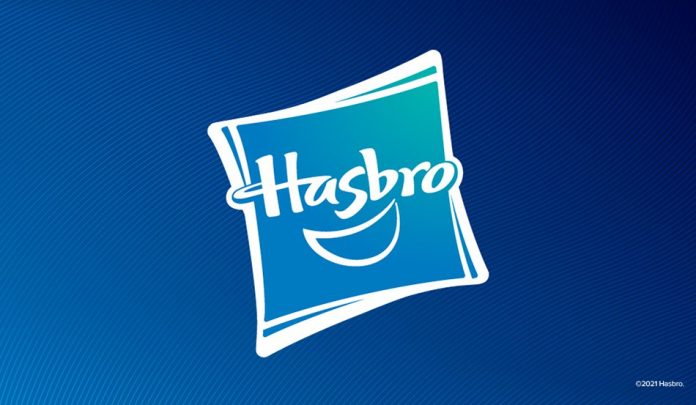 Critical Race Theory (CRT) has been infecting academia for almost thirty years now, and generations of college students have left those institutions and infected corporate America.  The latest corporation infected with CRT is Hasbro, a company that makes some of the most popular toys in America.  David Johnson, a packaging engineer who works for Harvey Nash, which contracts with Hasbro, brought to Project Veritas evidence of the CRT training employees and contract employees are forced to undergo.

The program Hasbro requires employees to attend is put on by a company called “the conscious kid” (tck).  If you go to the company’s website, you find pastel colors, cute pictures, and a baby-esque font.  The company boasts that it is “an education, research, and policy organization dedicated to equity and promoting healthy racial identity development in youth.  We support organizations, families and educators in taking action to disrupt racism in kids.”

What the training materials that Johnson brought to Project Veritas show is that “disrupting racism in kids” means saying that America is so systemically racist that, by the time they’re toddlers, America’s children have drunk in that racism with their mothers’ milk.

The home page boasts that tck works with Google to “to curate a list of reading materials and lesson plans to support inclusive, anti-racist K–12 classrooms.”  In other words, CRT is in your child’s classroom.  It’s also on your child’s television.  Not only is Nickelodeon pushing transgenderism on America’s children, tck boasts that “[i]n partnership with Nickelodeon, we provided resources to support conversation and action around race and racism with kids.”

The co-founders of tck are Katie Ishizuka and Ramón Stephens, who have achieved some measure of celebrity.  In December, Today’s Parent raved about their “teaching us how to raise anti-racist children.”  The irony is thick here because their entire push is to focus obsessively on race and to demonize Whites as people who victimize (the obviously pathetic) Blacks.

One of tck’s resources is “racial trauma and ways to cope.”  A guy named Dr. George James, who studied psychology and “Africana Studies,” validates microaggressions.  He also says George Floyd, a violent felon who died from a heart attack after inserting fentanyl in his rectum and fighting with police, and Breonna Taylor, whose boyfriend shot at police who had announced their entrance into his home, were murdered.  And he says Blacks are pretty much overwhelmed by racism at all times and in all places in America.  James apparently makes a good living with this victim narrative.

And then there’s Hasbro, which hired tck.  Hasbro, founded almost a hundred years ago, is a publicly-traded company worth over $5 billion.  The company made its name with Mr. Potato Head (assuming his gender, I’m sorry to say), and then introduced boys to G.I. Joe, that masculine symbol of aggression.  I played with both as a child and managed to survive to a ripe old age without becoming a psychopath.

Nowadays, Hasbro is the parent company for such brands as Monopoly, Nerf, Playskool, My Little Pony, Transformers, and Tonka.  Every home in America has Hasbro toys.  Every child in America is affected by what Hasbro does.

Hasbro’s reach matters to Johnson, who told Project Veritas’s James O’Keefe that he “oppose[s] the indoctrination of children” and “introduce[ing] children into racial bias at an early age before they’re really able to understand what race and racism is.”  He’s right; that’s exactly what Hasbro is doing through its relationship with tck.

Johnson brought to Project Veritas the videos Hasbro requires employees and contractors to watch, in which tck’s Ishizuka and Stephens insist that racism in America is so systemic that children get it with the air they breathe and must be trained out of it.  For Johnson, the whole idea is disgusting, and the fact that it’s being marketed at Hasbro is worrisome:

[Critical Race Theory] uses a Marxist lens to look at people as oppressed and oppressors[.] … [I]t divides people who have whiteness as the oppressor and people who lack it as the oppressed, and no matter what, you are split between those two groups. So, it’s inherently divisive.

Johnson is right.  Watch the video and fight CRT wherever and whenever you see it.  It’s Marxist, it’s anti-American, it’s divisive, and it’s evil.  If you have kids, let Hasbro know you’re not buying its products until it abandons all CRT training within every nook and cranny of its organization.

Report accuses Jill Biden of plotting to get rid of Kamala