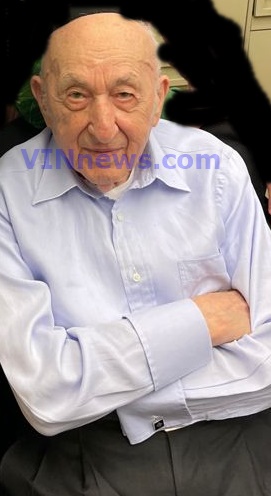 Rabbi Uri Zohar laid to rest. “God hugged you with a great embrace”

A Holocaust survivor, Bistricer spent the war years hiding from the Nazis in Budapest, He and his wife Gittel moved to New York from Brussels in the early 1950s, where he founded Eilat Management now known as Clipper Equity and began buying and selling multi-family buildings on the Upper West Side.

Bistricer grew the multi-genrerational company, which is currently based in Borough Park, into a multi-Billion dollar firm, considered to be among the largest Orthodox Jewish owned real estate businesses in New York.

In a 2017 Livabl(https://bit.ly/3k79V7E) interview, Clipper Equity CEO David Bistricer said that working for his father was a remarkable experience.

“I learned a great deal from him about what it takes to succeed,” said David Bistricer. “The best pieces of advice he ever gave me were to never make the same mistake twice and to be an expert about the market you invest in.”

Moshe Bistricer was extremely close with the Satmar Rebbe, Rabbi Yoel Teitelbaum, consulting with him frequently and donating generously to Satmar.

The funeral will take place on Sunday morning at 10:30 AM at Shomrei Hadas Chapels in Borough Park.