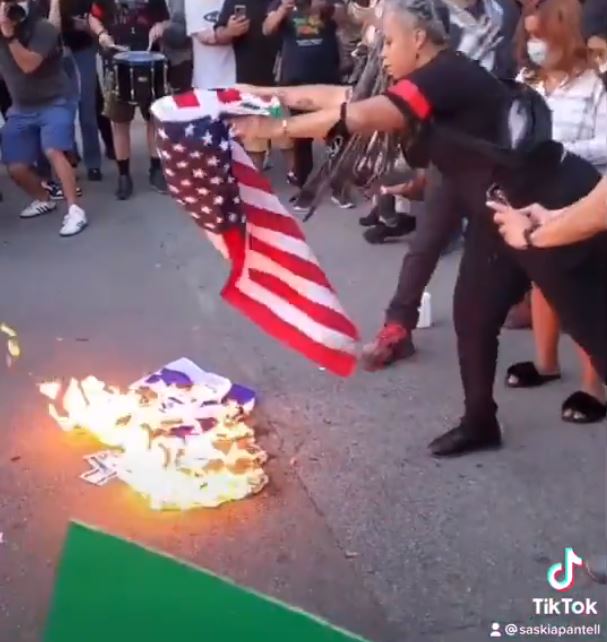 A group of radical leftists, gathered in Sunset Park Brooklyn on July 4th to burn American and Israeli flags.

The anti-American and anti-Semitic revolutionaries chanted “from the river to the sea, Palestine will be free”, which a call for the genocide of Jews, in addition to incoherent chants about freeing Mexico and Puerto Rico.  The crowd appeared to be a mix of Palestinians, Caucasian and Black radicals, all unified in their hatred of America and Isreal.

Watch how the radical left celebrated July 4th in Brooklyn.

Horrible acts in Brooklyn NYC on 4th of July

As a native New Yorker from an immigrant framily we have ALWAYS shown nothing but respect and gratitude for coming to America and escaping the horrific Antisemitism in Europe.
-> Now it’s time to go home to Israel.#EndJewHatred pic.twitter.com/S1raeSuRq7