A Big Weakness Opens Up in the Anti-Israel Movement 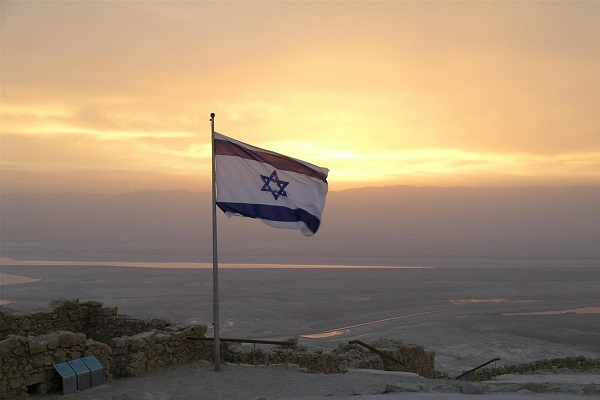 Caligula once proclaimed that he wished that all of Rome had but one neck.  Recent events have proven that even a deranged Roman emperor can sometimes be right — figuratively, it must be emphasized, in this case.  When your enemies gather everything they have in an untenable position like rats in a barrel, you can inflict upon them a decisive public relations catastrophe.  More than a hundred left-wing academic departments around the world have just presented supporters of the Middle East’s only democracy with one collective ideological neck by spewing anti-Israel hate propaganda while using the names of their universities and professional organizations, and without any disclaimers I can see.  American Thinker readers can help encourage the organizations to repudiate and disown this propaganda to give the entire anti-Israel and Boycott, Divestment, and Sanctions (BDS) movement a lasting black eye.

Recall that “cancel culture,” for which there should be zero tolerance to the extent that cancelers should themselves be unemployable risks to organizational cohesion and performance, relates to pressuring an employer to take action against an employee for things the latter says or publishes while not representing the employer.  Employers do, however, have the absolute right to control what employees say while representing the employer.  The University of California’s policy says this, for example, with regard to political statements, “In such circumstances, it is the responsibility of the employee to issue an appropriate disclaimer concurrent with the use of the University name declaring in substance that the University is not involved in the particular activity or program.”  Recall that the Franklin and Marshall faculty who signed their names to an anti-Israel tirade stipulated that they were speaking for themselves and not F&M.

“Gender Studies Departments In Solidarity With Palestinian Feminist Collective” is endorsed, in contrast, by “Department of Feminist Studies, University of California Santa Cruz”; “Department of Gender and Women’s Studies, University of California Berkeley”; “Department of Feminist Studies, University of California, Santa Barbara”; and several others with links going directly to university websites such as feministstudies.ucsc.edu, and no apparent disclaimer.  The statement elaborates, “As gender studies departments in the United States …,” from which I infer that they are speaking on behalf of their departments as opposed to as individuals.  The same principle probably carries over to all the other universities and professional organizations listed such as Rutgers, U. Minnesota, U. Mass, the American Association of Geographers, and so on.

“Gender Studies Departments In Solidarity With Palestinian Feminist Collective” spews typical, and often unintelligible, “woke” left-wing gibberish such as “[w]e center global social justice in our intersectional teaching, scholarship, and organizing,” whatever the hell that means, although it contains all the right buzzwords like “intersectional” and “social justice.”  The ill-informed and dishonest content of this publication, as endorsed by roughly 100 such programs, meanwhile speaks poorly of the entire field of “Women’s, Gender and Sexuality Studies” and similar programs.

Students should indeed learn the important roles played by the female half of the human species since time immemorial.  These roles are denied systematically to women in uncivilized countries, where they are harassed or even assaulted for trying to go to school.  Hamas-infested Gaza treats women, and also LGBT people, like dirt.  The IDF points out, “Significantly, there is no law in Gaza that prohibits violence against women within the family, sexual violence [AKA rape] included.”  Amnesty International adds that LGBT people in “Palestine” can get up to ten years in prison.  This is what “Department of Women’s, Gender and Sexuality Studies”; “Department of Feminist Studies”; and so on appear to tolerate while they bash Israel: domestic violence, rape, honor killings, and discrimination.  The role of women in Israel speaks for itself as does the status of LGBT people.

Ill-Informed, Dishonest, or Both

“Gender Studies Departments In Solidarity With Palestinian Feminist Collective” is also uninformed, dishonest, or both.  The kind of people who write something like this would also probably tell us, for example, that the Poles started the Second World War.

“[T]he indiscriminate bombing of Gaza” is an outright lie because the Israelis aimed their weapons, and often expensive precision-guided ones, only at military targets such as Qassam rocket launchers.  It also omits entirely the context of Hamas’s criminal use of these rockets against Israel (“telling of a partial truth,” which the USMA’s Honor Code defines as a lie), and I see no reason to construe this omission as anything but willful because the rocket attacks are universally known.  This makes the web page “Gender Studies Departments In Solidarity With Palestinian Feminist Collective” dishonest along with everybody else who has similarly accused Israel of indiscriminate use of violence while ignoring what Hamas did to make the violence necessary.

The statement continues, “In solidarity, we call for the end of Israel’s military occupation of Palestine and for the Palestinian right to return to their homes.”  The agenda of the so-called right of return is to destroy Israel.  If these people do not know this, then they failed to exercise rudimentary diligence.  If they do know, their intention is to help Hamas make the region Judenrein.

This conclusion is reinforced here: “May 15th marked the 73rd anniversary of the Nakba, an ongoing ethnic cleansing of Palestine[.]”  May 15 is Israel’s Independence Day.  The Anti-Defamation League reports, “Some Palestinian politicians, writers, and commentators use Nakba Day to insinuate that the very existence of Israel is a catastrophe and to question the legitimacy of Israel as the Jewish national homeland.”  It is also to be noted that the Arab nations that attacked Israel in 1948, with the openly expressed goal of committing ethnic cleansing if not actual genocide, were responsible for the displacement of Palestinian Arabs.  “But once the Palestinians started a genocidal war, the inevitable consequence was the creation of refugees.”  None of this stops Hamas’s stooges and dupes from blaming the Jews.

The anti-Israel tantrum adds, “Palestinians have been resisting settler colonialism for more than one hundred years,” as if life under the Ottoman Empire’s boot heel constituted self-rule or autonomy.  As Crocodile Dundee might have put it, “That ain’t an occupation, mate; this is an occupation.”

It is futile to try to persuade left-wing Israel-bashers that de facto denial of Israel’s right to exist and libel of Israel’s acts of lawful self-defense is wrong and that they should change their ways.  We must emulate Lord Clifford in King Henry VI instead; “I will not bandy with thee word for word / But buckle with thee blows, twice two for one.”  Now we can put this into practice as follows.  I encourage American Thinker’s readers to bring “Gender Studies Departments In Solidarity With Palestinian Feminist Collective” to the attention of the ethics and compliance departments of every single university and professional organization named on this page.  There are a lot of organizations, so just pick a few at random to do your bit.  This should induce the institutions to disown the web page “Gender Studies Departments In Solidarity With Palestinian Feminist Collective” and thus humiliate and embarrass the entire anti-Israel movement.

Civis Americanus is the pen name of a contributor who remembers the lessons of history and wants to ensure that our country never needs to learn those lessons again the hard way.  The author is remaining anonymous due to the likely prospect of being subjected to “cancel culture” for exposing the Big Lie behind Black Lives Matter.