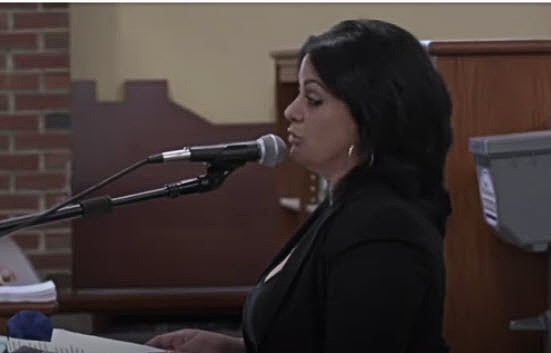 In Carmel, New York, there is a woman named Tatiana Ibrahim.  She is a warrior and a heroine.  She stood up at a school board meeting and gave the board members what-for because the teachers in her children’s school district are bringing Marxism to the classroom in the form of Critical Race Theory (CRT), defund the police lessons, and other leftist concepts.

In the past couple of months, more and more parents are starting to fight back against the plague of leftism that has been infecting America’s classrooms.  This leftist instruction has been going on for a long time (I fought it with my kids’ education beginning two decades ago), but 2020 had two factors that brought it into the open.

The first factor was distance learning because of COVID, which meant that parents got a window into their children’s classrooms.  The second factor was the maddened escalation of CRT because of the George Floyd riots and Black Lives Matter’s subsequent cultural ascendency.

Parents are sending open letters to schools and speaking up at school board meetings.  Each of these parents is a true hero.  However, I don’t think I’ve ever seen anyone with the passion and clarity that Tatiana Ibrahim brings to the subject.  She dominates the room.

The only thing disturbing about this video is the passivity of the other parents in the room.  They should be applauding her wildly.  Instead, they sit there, and you know that each of those parents is desperately hoping that the “educators” before whom they grovel is not putting that parent’s name — or worse, the name of that parent’s child — on a list for future harassment

Ms. Ibrahim needs to throw her hat into the political ring and run for that school board.  Indeed, every parent with any courage needs to do the same.